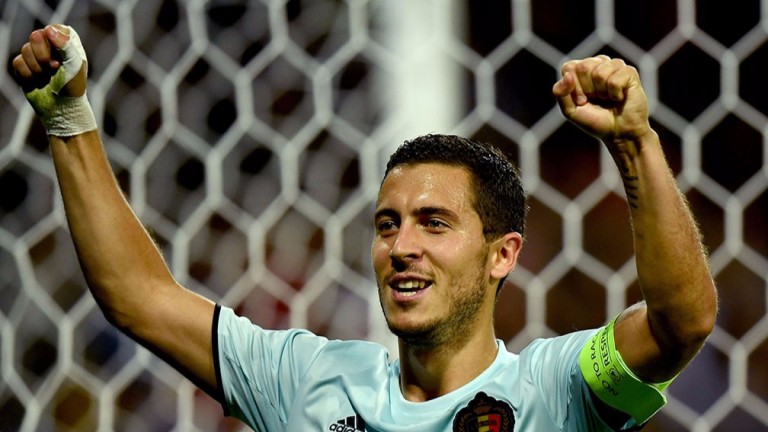 Belgium ace Eden Hazard could cause trouble for the Holland defenders
Getty Images
1 of 1
By Dan Childs 8:00PM, NOV 8 2016

Belgium's rise to prominence as a major football power has come during a period of steady decline for neighbours Holland and the power shift may be confirmed by the outcome of Wednesday night’s Low Countries derby in Amsterdam.

Holland have experienced an alarming deterioration in results over the last two years. Not making a 24-team Euro 2016 was hugely disappointing and they face a battle to reach World Cup 2018 after last month’s 1-0 loss at home to France.

Louis Van Gaal led the Dutch to the World Cup semi-finals at Brazil 2014, and the high point for modern Dutch football came four years earlier when they reached the final at South Africa 2010.

Six years ago the Dutch squad included a core of high-quality players who were in their prime.Wesley Sneijder, Arjen Robben, Rafael van der Vaart and Robin van Persie all took part in the final against Spain but their influence has waned with Van der Vaart and Van Persie no longer part of the group and Robben and Sneijder past their best.

Memphis Depay and Vincent Janssen have become regulars despite failing to make much of an impact in the Premier League and the Oranje are without highly-rated Roma midfielder Kevin Strootman, who keeps being hampered by injuries.

Despite their struggles Holland are just 2-1 to register their first win in seven attempts against Belgium and the value call is to back the away side at 7-5.

Belgium’s quarter-final exit at Euro 2016 was disappointing but they have responded with three wins in World Cup qualifying and their big players are performing at a high standard.

Competition for the centre-forward position is fierce with Christian Benteke and Romelu Lukaku each scoring three goals in World Cup qualifying. But the main reason for fancying the Belgians is Eden Hazard, who continued his superb start to the season with two goals in Chelsea’s 5-0 win over Everton on Saturday.