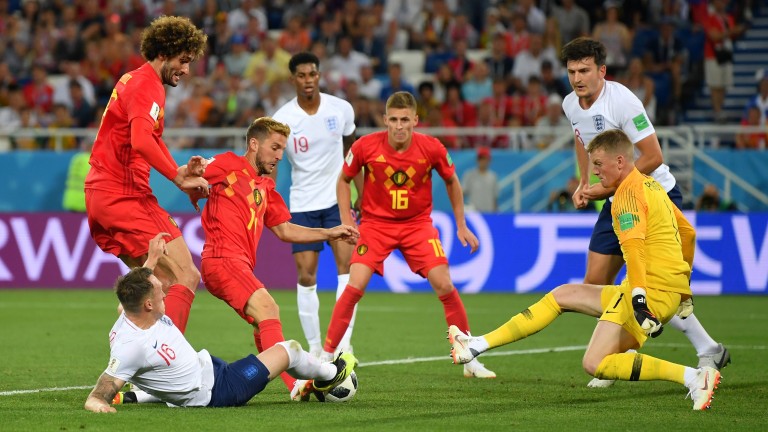 Gareth Southgate has always stressed that this summer's World Cup was merely the start rather than the end of his young team's journey and the England manager is hoping to take some more positives out of their third-place match against Belgium in Saint Petersburg.

The match gives Southgate his first chance to build towards Euro 2020 and he will be looking for positive contributions from youngsters Trent Alexander-Arnold, Ruben Loftus-Cheek and Marcus Rashford, who could have much bigger roles to play over the next two years.

However, the markets favour Belgium, who have been cut from 13-10 to 6-5 to finish their World Cup with a victory inside regulation time.

England are likely to attract more support in longer-term markets and are 10-1 with Ladbrokes to be crowned world champions at Qatar 2022. The firm offer 6-4 that Southgate leads England into the next World Cup finals.

While England begin looking to future tournaments, Croatia are focusing on Sunday's final against France at the Luzhniki Stadium.

Their chances will be much better if key attacker Ivan Perisic is able to shrug off a reported thigh injury. Perisic had an ice pack applied to the problem and visited a Moscow hospital on Thursday to have treatment.

Left-back Ivan Strinic (knock) and forward Mario Mandzukic (cramp) also had some problems against England and there may be an issue of general fatigue for Croatia, who have played extra-time in all three of their knockout matches.

Manager Zlatko Dalic has a few tough selection decisions to make and his team have been weak in the betting, easing to 4-1 to win in 90 minutes and to 2-1 to lift the trophy.

France are odds-on to win in normal time and 4-9 to lift the cup.

They have not reported any major injury problems since beating Belgium 1-0 in their semi-final on Tuesday and manager Didier Deschamps could have the option of naming an unchanged team.