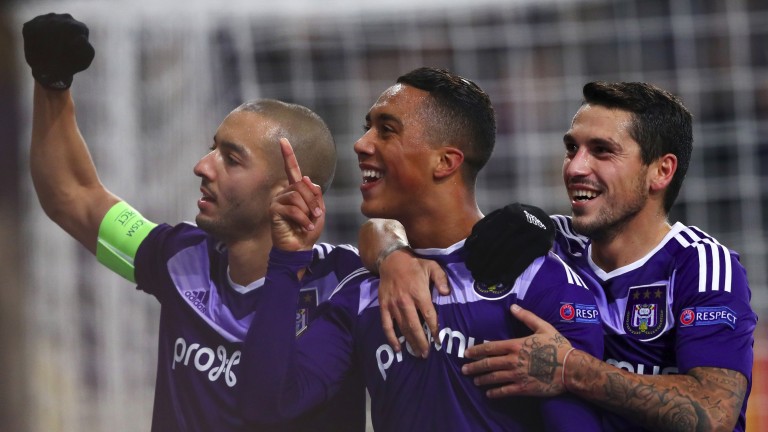 Anderlecht are beginning to dream of a first European final since 1990
Dean Mouhtaropoulos
1 of 1
By Dan Childs 8:00PM, MAR 8 2017

Apoel Nicosia have not lost any of their seven European home fixtures this season but may succumb to Belgian title hopefuls Anderlecht in the Cypriot capital.

The profile of Cypriot football has been raised considerably by Apoel, who were Champions League quarter-finalists in 2012.

They played in the Champions League group stage in 2014 and have impressed in this season's Europa League - finishing top of Group B and defeating Athletic Bilbao 4-3 on aggregate in the round of 32.

Apoel's victory over Bilbao was sealed by a 2-0 success in the second leg in Nicosia, but it came at a cost with star striker Pieros Sotiriou picking up a red card and triggering one-match ban.

Key midfielder Vinicius limped off in the same match - he hasn't appeared since - and will be missed if he fails to recover.

Anderlecht have the good fortune of facing understrength opponents and may be starting to believe in their chances of reaching a first major European final since 1990.

They overcome an expensively-assembled Zenit St Peterbsurg side in the round of 32 - winning on away goals - and Apoel look like a drop down in class.

Gent sprang a major surprise by knocking Tottenham out in the last round and look solid odds-on favourites to defeat Belgian top-flight rivals Racing Genk at the Ghelamco Arena.

Spurs didn't do themselves any favours with their laid-back approach in the away leg against Gent - which they lost 1-0 - but credit has to go to their opponents who played with lots of intensity.

Gent's home supporters make a lot of noise and the players have responded well by winning 11 of their 14 home league games this season.

They were 1-0 victors at home to Genk in the league fixture earlier this season and would probably settle for something similar.