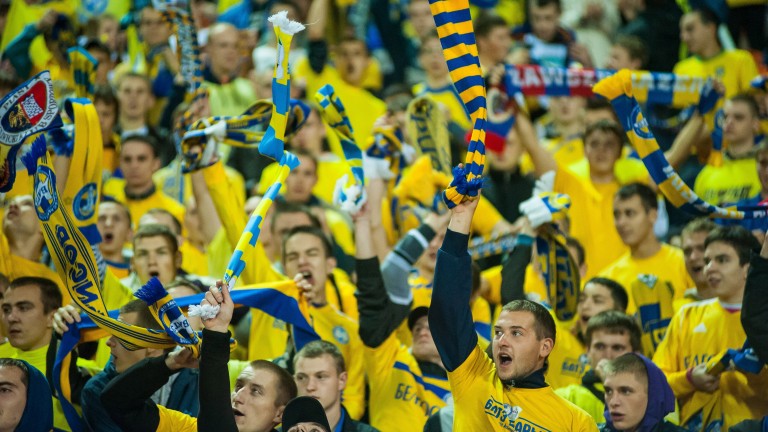 BATE Borisov fans will be hopeful of something to cheer this weekend
EuroFootball
1 of 1
2:00PM, APR 3 2020

Reigning champions Dinamo Brest have been solid if unspectacular in the opening weeks of the season but goals are usually the order of the day when they meet Slavia Mozyr and the hosts may triumph in a thrilling encounter featuring at least three goals.

BATE Borisov have made a terrible start in their bid to regain the Belarusian league title but they are always strong on home soil and a return to more familiar surroundings should help them kick-start their season. While BATE are steeped in history, Ruh Brest are only two games into their top-flight odyssey and could be taught a harsh lesson

Belarusian heavyweights Shakhtyor got off the mark at the second time of asking and should fancy their chances of backing up their victory over Vitebsk against Neman Grodno. The visitors also opened their account last weekend but have struggled on previous trips to Soligorsk and could be outclassed.