Beaumont looks a big price to barge over for a try 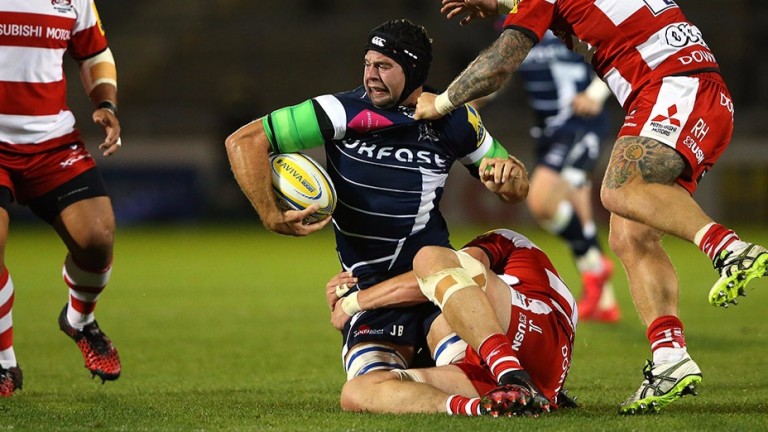 Josh Beaumont looks a big-value bet at 14-1 to score a try for Sale against Exeter in this televised Premiership clash.

Sale skipper Beaumont, who has trained with England’s squad during the autumn international period, crossed the Saracens’ whitewash for his first try of the season at the AJ Bell Stadium two weeks ago and has scored three tries for the Sharks in his three past outings against the Chiefs.

All of Beaumont’s tries against Exeter came in league defeats at Sandy Park last campaign and in 2014-15 but Sale have won the last two Salford meetings and are usually a force to be reckoned with in the forwards at home.

Beaumont starts at lock this evening, rather than at number eight, in a bid to counter the in-form Chiefs’ powerful pack moves with extra backrow defensive skills but that does not mean his high-quality offensive skills will not be on show either. He has nine Sharks career tries precisely because he gets involved both in their short-range rolling mauls and in support of backs when the ball is passed wide.

Pro12 leaders Munster are worth a bet with a three-and-a-half-point start at Glasgow.

A reaction to the Warriors’ rare bad home defeat last Friday to the Ospreys can be expected but Munster’s recent brilliant form contains a storming 38-17 success over Glasgow in the Champions Cup in off-field and on-field adversity and a sensational 15-14 win at Ulster from 14-0 down.

Munster lost 27-24 when the sides met at Kilmarnock’s Rugby Park last season and they pushed Glasgow hard at Scotstoun in the previous two campaigns, losing 21-18 and winning 13-6.

Ospreys took advantage of Brian Alainu’uese’s red card for Glasgow at Scotstoun last week to bag a try-bonus away win and they should be able to stretch clear of tenth-placed Edinburgh at the Liberty Stadium. Back them to give up 12.5 points at 10-11.

In the league this season, third-placed Ospreys have won 59-5, 64-10, 46-24 and 35-17 in front of their fans and Edinburgh have lost by 13 points or more at Cardiff, Munster and Connacht this term as well as losing 27-19 at the Dragons on Sunday. Such a short turnaround may be tiring.