Beale to make a big impact on his debut 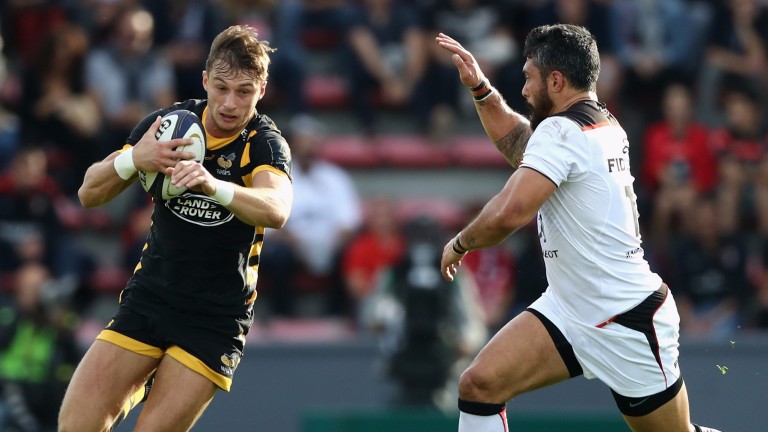 Wasps give an eagerly-awaited debut to big summer signing Kurtley Beale while Connacht are coming to terms with the news that coach Pat Lam is leaving at the end of the season, so there are vastly differing moods in the two camps before this European Champions Cup clash.

A handicap in the mid-teens is a fair reflection of the way Wasps are performing, and having come away with a draw from their toughest trip, in Toulouse, they will relish the chance to take control of the group.

Beale’s return to fitness is well-timed with Elliot Daly suspended and Danny Cipriani injured and an average tally of 50 points per home game shows the firepower at their disposal.

The Australian is 11-4 for a debut try but at inside centre he is more likely to play the role of provider and winger Josh Bassett looks a better bet.

Like Wasps, Toulon have started piling up the points at home and visitors Scarlets get a decent double-figure handicap start for their thankless task.

Saracens stormed the Stade Felix Mayol in the opening round but Toulon have found their feet since then and Scarlets don’t look up to putting up such a fight.

But they are scoring points, averaging 29 per game in their last six league matches since the start of October, and Scarlets also put 26 on Saracens at Allianz Park, something no Premiership club has managed this season.

There’s no Jonathan Davies for the Welsh side but with Liam Williams, Scott Williams and DTH van der Merwe lining up in the backline, the Scarlets can play their part in a high-scoring game.

Exeter and Bordeaux must be worried about being seen as bit-part players in Pool Five after yesterday’s scintillating encounter at the Kingspan Stadium, where Ulster beat Clermont 39-32.

But both can be enterprising sides and with little pressure on the teams this has the makings of an entertaining game.

Bordeaux are in the top half of the Top 14 and fit the mould of a French team, doing all their best work at home.

But they ran in 33 points in defeat to Clermont in their last Champions Cup tie and can do enough to keep this close.

Today’s other Champions Cup tie between Montpellier Casters is being shown live behind the red button on Sky, while in the Challenge Cup Bristol give up five points at home to Hull.

Yesterday’s match between Zebre and Toulouse was brought forward from 7.45pm to 3pm because of weather fears.