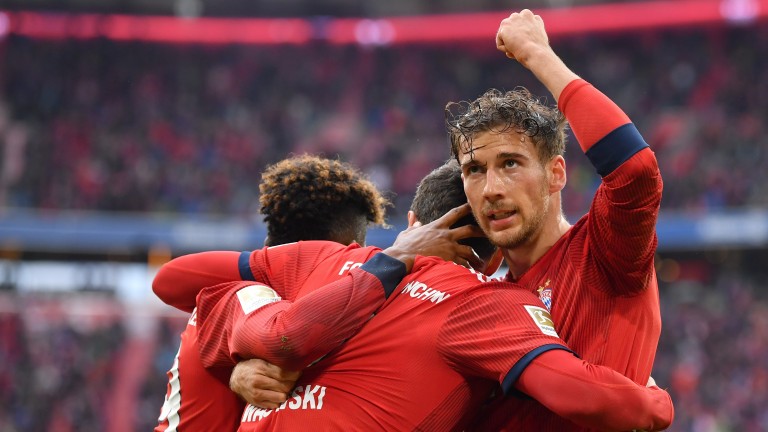 Bayern Munich have steadied themselves since the departure of Niko Kovac in November, winning eight and drawing one of their last nine matches in all competitions.

A ruthless front three of Serge Gnabry and Kingsley Coman, either side of 23-goal Robert Lewandowski, destroyed lowly Cologne 4-1 last time out in the Bundesliga and the same fate could await bottom club Paderborn.

But the Bavarians will be missing key defenders Benjamin Pavard and Jerome Boateng and Paderborn, who have scored four goals in their last three games against Wolfsburg, Schalke and Hertha Berlin, could get on the scoresheet.

Paderborn have kept only two clean sheets in ten away league games this term.