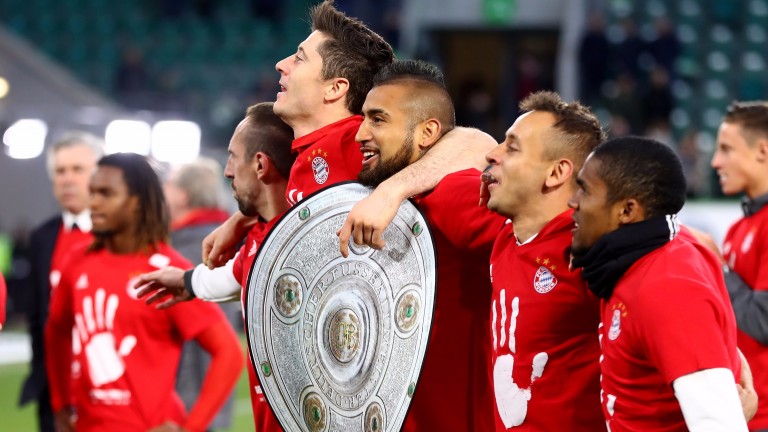 It's the penultimate weekend of fixtures in Germany with plenty still to play for despite Bayern Munich having eased to the Bundesliga title.

Darmstadt are down and the four Champions League participants are known, but with seventh possibly being good enough for the Europa League there are a stack of sides fighting for Europe and others involved in the scrap for survival.

Ingolstadt look set to join Darmstadt in Bundesliga 2 unless they pull off the great escape, while 16th-placed Hamburg could be involved in the relegation playoff once again, but only three points separates the former European giants from Leverkusen in 12th.

The best bet, however, comes in a game where nothing but pride is at stake and it could be worth backing Bayern to show their dominance by beating second-placed Red Bull Leipzig at the Red Bull Arena.

Leipzig have been a pleasure to watch this season and they deserve to be in next season's Champions League following a fabulous debut Bundesliga campaign which has been built on a solid home record of 12 wins from 16 fixtures.

However, the controversial outfit backed by the energy drink giants were firmly put in their place with a 3-0 defeat in Munich and Bayern will not want to give Leipzig any encouragement going into next season. The hosts are also missing key centre-back Willi Orban.

This is the biggest match left for Bayern as they are out of the German Cup and Champions League and Carlo Ancelotti showed as much by resting a number of players last week.

Bayern smashed Wolfsburg 6-0 on their last road trip and a team containing world-class talents such as Robert Lewandowski, Arturo Vidal, Arjen Robben, Thiago, Mats Hummels and Jerome Boateng rarely go off at close to evens for any Bundesliga contest.

The Munich men were 11-10 for their trip to Dortmund but despite the Bundesliga table suggesting otherwise, Borussia are also superior to Leipzig and Thomas Tuchel's team can take a giant stride towards securing a direct path through to next season's Champions League with a win at Augsburg.

There is still a bit of work for Augsburg to do in terms of guaranteeing survival but unfortunately for them Dortmund also need the points to finish in the top three and only last week boss Thomas Tuchel referred to the Hoffenheim clash as a cup final.

Dortmund won that 2-1 and the front three of Marco Reus, Pierre-Emerick Aubameyang and Ousmane Demebele can be devastating.

There are rumblings behind the scenes with reports suggesting Tuchel could soon depart but Dortmund have won on their last five trips to Augsburg and four of those were by at least two goals.

Bet on Saturday's football at Soccerbase.com