Nick the early price for Alonso to crack top six 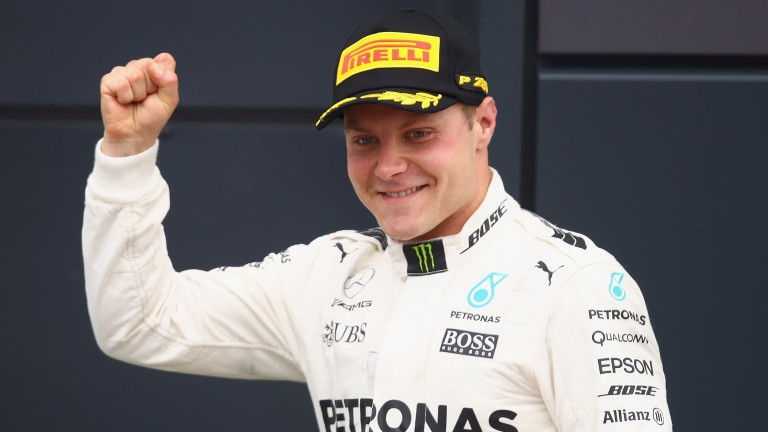 The tight and twisty confines of the Hungaroring - venue for this weekend's Hungarian Grand Prix - have been described as Monaco without the barriers.

With Mercedes having been below par in the principality this year, that could give Ferrari and Red Bull hopes of beating F1's form team on Sunday. However, the Silver Arrows scored a 1-2 finish in Budapest last year and Lewis Hamilton has won at the track five times.

The circuit is undeniably not cut from the same cloth as most tracks on the calendar, though, and as such it tends to throw up an unusual winner. Not since Michael Schumacher's victory there in 2004 has the Hungarian Grand Prix winner gone on to claim the championship.

Hamilton has the strongest record in first practice sessions this season and with the Mercedes man having been fastest out of the blocks in Budapest in each of the last three seasons it's no surprise to see him 11-10 to make it four in a row.

His teammate Valtteri Bottas looks the value bet, though, at 11-2. The Finn has dragged himself into title contention with a win and three second places in the last four grands prix, and he is full of confidence.

Bottas set the fastest time in first practice at Silverstone last time and was third in the same session in Austria before that. He could be an each-way bet to nothing.

It could pay to take a longer-term view and back Fernando Alonso to sneak into the top six in Sunday's race at 7-2.

Earlier in the season you'd have wanted a bigger price than that for Alonso to even finish the race, but McLaren and their engine partner Honda have made significant progress and have long seen this race as one where they could grab a decent result.

Alonso took a host of grid penalties at Silverstone last time to give him fresh parts this weekend and on the team's recent form it would be no surprise if Alonso qualifies in the top ten. A strong practice performance could see the price collapse.

Mercedes, Ferrari and Red Bull might appear to have a monopoly on the top-six places, but only once this season - in April's Chinese Grand Prix - have they filled the top six in a race.

Alonso's teammate Stoffel Vandoorne ran strongly in the top ten for a long time at Silverstone and this track is likely to suit them a lot better. Alonso could well be the midfield beneficiary if one or more of the big six run into trouble again.