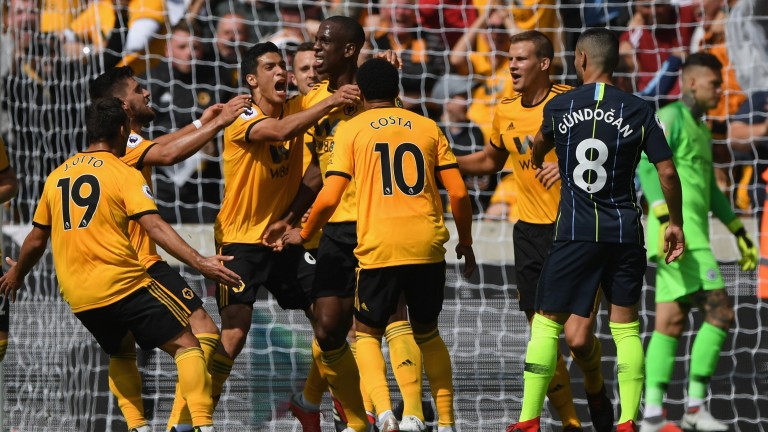 Sean Dyche insists the season starts here for Burnley and if that means the spirit of 2017-18 is revisited then the Clarets should be trusted to avoid defeat to Wolves at a buzzing Molineux.

No team in the Premier League needed the international break quite like Burnley, whose European adventure means they have already played ten competitive matches while their rivals have played no more than five.

What makes the start of the campaign even worse for Dyche is that not only is his understaffed squad looking stretched, but Burnley have failed to win any of those ten games – over 90 minutes anyway. The outcome is a Europa League exit and a bottom-three spot in the table.

It's all a far cry from last season when Burnley’s discipline, organisation and good fortune enabled them to finish seventh in the division despite scoring only 36 goals.

They are still struggling to score but they are now also letting them in, and that didn’t happen before. They have already conceded nine and have looked way too open, a point confirmed by the fact they went into this weekend having faced a league-high 30 efforts on goal.

Burnley’s apparent decline, coupled with a limitless optimism at Wolverhampton means Nuno Espirito Santo’s hosts go off at odds-on, a price that would have seemed unthinkable just a few weeks back.

But the value looks to be in backing the draw, a result Burnley have already chalked up six times this term.

The break certainly came at a perfect time for Dyche, whose side haven’t become bad overnight.

They still boast a hard-working ethic and will make life difficult for opponents, and that includes a buoyant Wolves.

There’s no secret to the way Wanderers go about their business and their early results have been promising. Their one defeat at Leicester was barely deserved, although they should have done better against ten-man Everton.

A 1-1 draw with champions Manchester City is a good result no matter how much on the back foot they were and then came a decent 1-0 win at West Ham, who are short of confidence like Burnley.

The Clarets spent last season repelling teams who came at them and quite often nicking goals against the run of play, They will be set up to repeat that process against classy attacking gems such as Jonny Castro, Helder Costa, Ruben Neves and Adama Traore.

Wolves have lost just two of 28 home games under Nuno (though most of those matches were in the Sky Bet Championship) and Burnley have failed to win any of their ten Premier League away games against promoted teams.

But it looks set to be a tighter contest than the layers reckon as Burnley belatedly try to find the groove which served them so well last term.

Wolves
Raul Jimenez is a doubt after sustaining an injury playing for Mexico. Ivan Cavaleiro is still sidelined.

Burnley
Robbie Brady and Steven Defour are returning from injury but probably won’t be involved. Stephen Ward and Johann Berg Gudmundsson have recovered from knocks. Keeper Nick Pope is out.

Key stat
Burnley are without a 90-minute win in their last 15 competitive matches.