Battle-hardened Bhoys can dig deep for a point 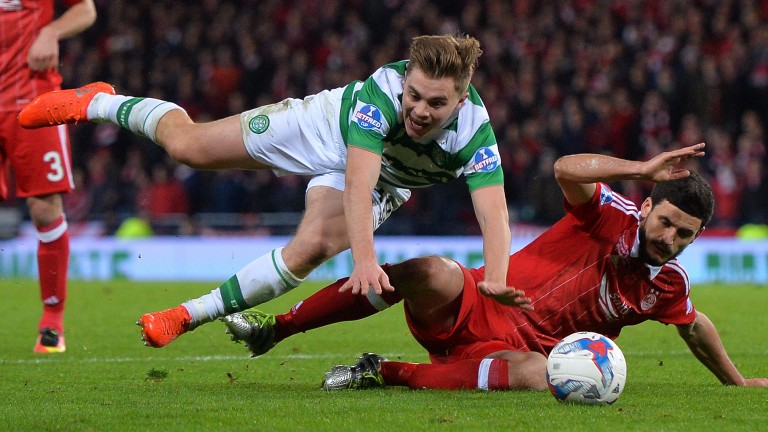 Aberdeen can cancel out Celtic and stay level on points at the top of the Ladbrokes Premiership after tonight's Pittodrie battle.

Derek McInnes' side should be refreshed and raring to go after an 11-day break, but Celtic have had bruising encounters against Bayern Munich and Hibs.

There will be plenty getting behind the Dons at a big price, but Celtic always seem to find a way of digging out a result.

And Aberdeen won't be able to play Ryan Christie - Celtic's on-loan playmaker - who has arguably been their best player this season.

Aberdeen won't get a better chance of ending that long, unbeaten run, but the Hoops could escape with a point.

Celtic
Celtic are without defenders Jozo Simunovic and Erik Sviatchenko.

Key stat
Celtic won all six of their meetings with Aberdeen last season, including the Betfred Cup Final and the William Hill Scottish Cup Final.