Bath may not flow against gritty Saints

Glasgow and Scarlets set for a scrap 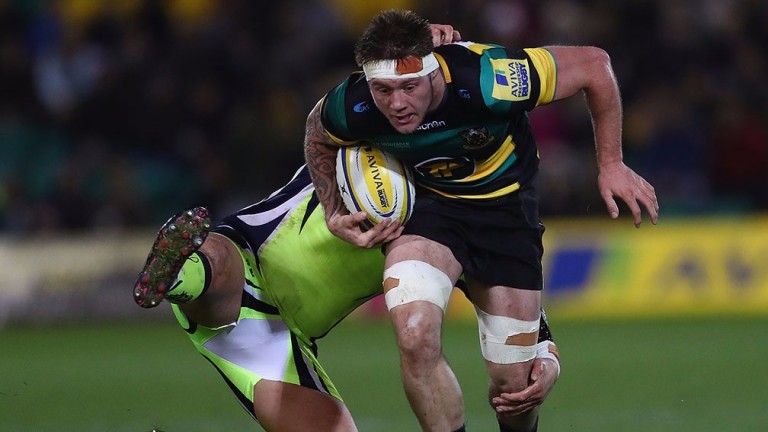 Northampton look worth a wager to stay within seven points of Bath at the Rec in the televised Premiership clash.

The Saints were beaten 18-14 by Bath at Franklin’s Gardens in the first round of fixtures and endured a frustrating start to both league and European campaigns.

However, their scrum-half Nic Groom scored the only tries on that occasion and they are unbeaten on their last five visits to the Rec.

Northampton, who have also won all three league trips to the West Country this season, are back in the battle for the top six and a spot in the Champions Cup next season and closing in on their hosts, who hold the final playoff place in fourth.

And while Saints did not make the semi-finals of the Anglo-Welsh Cup, they won three of four pool games to show that they are in fine fettle when without their international contingent.

Tenacious backrower Teimana Harrison has been released by England and starts, while Ethan Waller, Paul Hill, Calum Clark, Lee Dickson and James Wilson are among the proven performers on the Northampton bench.

Bath should find a way to triumph on what is forecast to be a cold night despite the absence of 15 players through injury or the Six Nations. Ex-Saints scrum-half Kahn Fotuali’i is one of five capped players in their starting line-up including ace Springbok backrower Francois Louw. But it is likely to be a close contest.

It is only February but the Pro12 clash at Scotstoun between Glasgow and Scarlets has all the hallmarks of a decider for the fourth playoff spot.

Munster and Ospreys look to have flown the coop, Leinster are unlikely to let up and the winner of this match will ramp up the pressure on sixth-placed Ulster to win their game in hand.

Scarlets, who name an exciting side with flyers DTH van der Merwe and Johnny McNicholl in their back three, have only lost one of their last ten league outings, won 27-3 when the sides met in west Wales in round eight and won 16-10 in Glasgow last season. But the Warriors are taken to grind out a narrow victory. Their two defeats in the last two months have been to Munster.

The leaders should continue their marvellous form against Dragons (TG4/BBC Two Wales red button, 7.35pm Friday) and, even if conditions in Cork make passing rugby hard, in-form Munster wing Ronan O’Mahony should be backed to score a try. O’Mahony scooted over, off a midfield inside line, for a seventh try of the season last Friday on a wet and windy night in Edinburgh.

Have an outlay too on Ulster centre Darren Cave scoring against Edinburgh in Belfast (BBC Two NI, 7.35pm Friday). Hard-running Cave has crossed four times in his club career against Edinburgh.

In the Six Nations, all eyes will be on the back-row battle in Cardiff on Saturday.

Taulupe Faletau is fit to return to the Wales replacements while England name Jack Clifford in their trio and Tom Wood and James Haskell are on the bench.

Ireland have decided not to risk Johnny Sexton at fly-half in Italy.