Bath can prevail in tight clash at their Rec fortress

Chiefs in fine fettle too 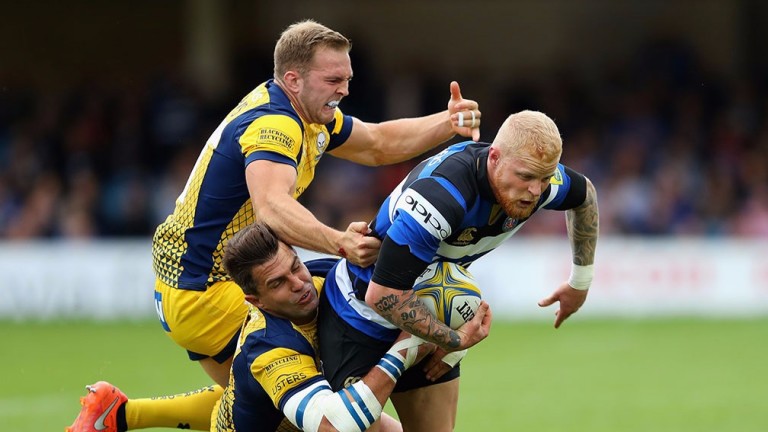 Back Bath to win an intriguing televised final Premiership clash of the year against Exeter at the Rec by a margin of between one to 12 points.

Third-placed Bath, who bagged a try-bonus point in a 40-26 defeat at Wasps last Saturday, beat back-to-back champions Saracens 14-11 on their last league outing in front of the Rec faithful and have not lost at home in the Premiership for seven matches.

Fourth-placed Exeter, who were beaten in May’s Grand Final, struggled for consistency in the autumn but they have won six of eight games in all competitions since being turned over 13-10 by Bath at Sandy Park.

Their brutal back row, including try-scoring tank Thomas Waldrom, are noticeably beginning to motor.

Under the guidance of Todd Blackadder, Bath have rediscovered the sort of form that took them to the Premiership final in 2015. It looks best to ignore their home romps over Newcastle and Sale and concentrate on the fact that they edged out fierce rivals Bristol 16-9 and came back from 17-6 down to beat Worcester.

Bath finished off last season at the Rec with a six-point win over Sale and an 11-point success over Leicester and they will certainly be expecting a battle.

Exeter lost 19-17 at the venue in October 2015 and also triumphed 22-19 at the Rec in an Anglo-Welsh Cup semi-final three seasons ago.

In the Pro12 have a bet on third-placed Leinster to beat fourth-placed Ulster by a margin of between one and 12 points at the RDS Arena.

Four of Leinster’s five home league wins this season have been by 11 points or less and while head coach Leo Cullen names a formidable pack with Jamie Heaslip and Sean O’Brien among the returnees, he has juggled his backline around and still cannot call on Johnny Sexton or Joey Carbery at fly-half.

Ulster are yet to lose by 13 points or more on the road in the league and Les Kiss has picked an extremely lively back division for the trip to Dublin.

A tryscorer wager looks best in Galway where champions Connacht are without 25 players – and more could still be sidelined – for the visit of leaders Munster, who have named 11 changes from Monday’s victory over arch-rivals Leinster.

Red Army wing Ronan O’Mahony has notched five tries this term and looks a fair price to add to his tally.

In Treviso versus Glasgow (BBC Alba, 1.05pm), have a punt on Warriors lock Tim Swinson barging over for a third try of the season.

Recommendations
Bath to win by one to 12 points
1pt 7-4 Betfred, Coral