Barry Hawkins can swoop into quarter-finals 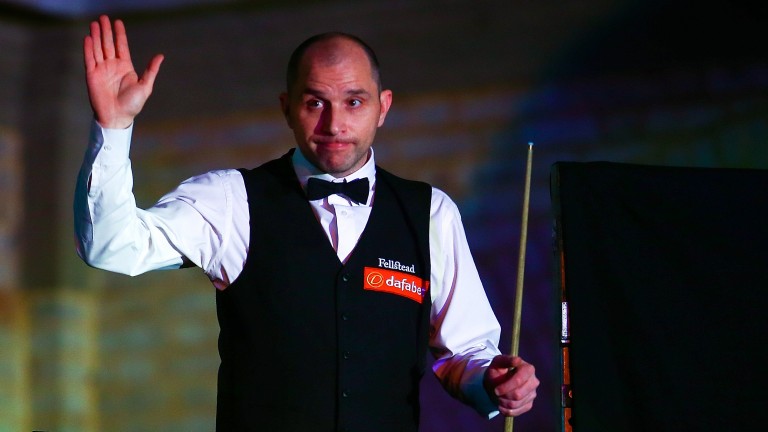 Joe Perry waved away the challenge of Mark Selby on Saturday
Jordan Mansfield
1 of 1
By Henry Hardwicke 8:00PM, APR 25 2018

J Perry v M Allen 10am
Joe Perry shocked Sheffield with his victory over defending Betfred World Champion Mark Selby on Saturday and the Gentleman may not be finished there.

Perry was a 16-5 shot to get past the Jester, having come through the qualifiers to reach the first round, but there was certainly no fluke about the Fen Tiger's 10-4 victory.

He made eight breaks of 50 or more in that first-round win, and while there is obviously a danger of losing in the qualifying stage and not making the Crucible, that is where the disadvantage of having to make the journey to the Coleridge Road venue ends and it seems to have tuned Perry nicely.

Masters Champion Mark Allen is a quality break-builder and his 10-5 win over Liam Highfield in the first round reads well. Perhaps the scoreline was slightly flattering on the Antrim Ace and he is likely to have more trouble keeping Perry's scoring power under control.

The Gentleman can be backed at 4-5 getting a 2.5-frame start and that looks a smart bet.

Lyu Haotian v B Hawkins 7pm
It's difficult to know what to make of Lyu Haotian's 10-5 first-round victory over Marco Fu.

On one hand it was an impressive win from an improving player against a quality cueman, with some big breaks thrown in. On the other, Fu had just returned from eye surgery and hadn't played any competitive snooker for a few months.

Either way, the Chinese cueman looks likely to have more on his hands against Barry Hawkins. It had been a pretty poor season for the Hawk before runs to the final of the Welsh and China Open earlier this year turned things around.

Hawkins came through 10-7 against the talented Stuart Carrington in the open round and you can expect the 2013 Crucible runner-up to improve on that performance.

Hills rate the Hawk a 10-11 shot giving Haotian a 3.5-frame start in this best of 25-frame second-round contest and that is worth swooping on.