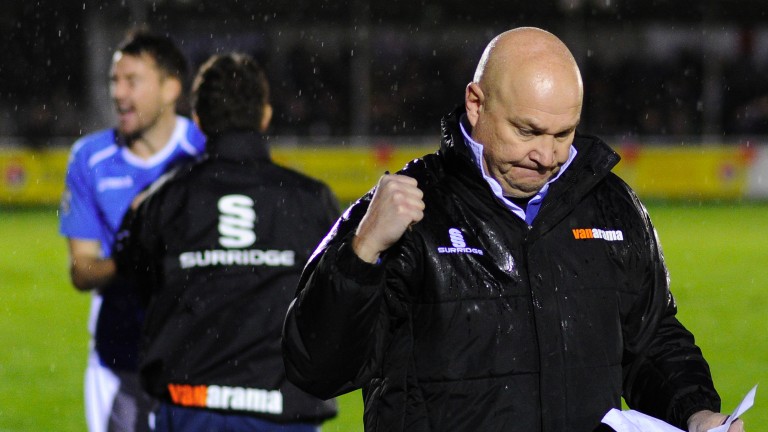 The battle for National League playoff places looks very tight with eight points covering second to eighth and Barrow can ramp up the pressure on the teams above them by winning at Eastleigh.

Promotion had been the aim for big-spending Eastleigh, who were 9-1 third favourites in pre-season title betting.

But the Spitfires have not got close to meeting expectations and are on their fourth manager of the season after Richard Hill replaced Martin Allen last month.

Eastleigh have not won any of their ten league matches in 2017 and need to be careful having fallen to 15th, eight points above the drop zone.

However, there was no sign of improvement on Tuesday as they slumped to a 3-1 defeat at relegation battlers York.

Barrow had a much better midweek - coming from behind to win 2-1 at home to title-chasing Tranmere.

The Bluebirds had a rotten winter, winning two of 11 league games from the start of December to the end of February, but the win over Tranmere has massively boosted their confidence and they are bang in contention, two points short of the playoffs.

Only five of their 15 league wins have come on the road but they couldn't have picked a much better opponent to face this weekend and are value to take the points.

The Shaymen lost 1-0 at struggling Alfreton on Tuesday but had won six and drawn two of their previous eight league games.

They will be desperate to respond with a win and should be too strong for fifth-bottom Park Avenue, who have lost ten of 16 home league fixtures this term.