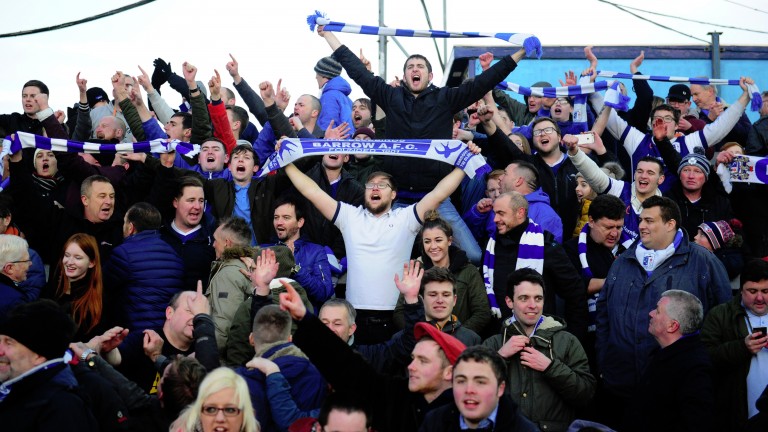 Plenty of local derbies are taking place across the country but Gateshead travel from the north-east to the north-west to take on National League high-flyers Barrow and their trip of almost 134 miles may go unrewarded.

Barrow have been strong in home matches all season taking 27 points from a possible 33 and must fancy their chances against a Gateshead side ten points below them in the table.

The Bluebirds are on a 25-match unbeaten sequence in all competitions but their manager Paul Cox refuses to rest on his laurels and plans to bolster his squad in the January transfer window.

Promotion is the aim and Cox, who led Mansfield to the fifth-tier title in 2013, knows how to achieve it.

Gateshead are also an ambitious club but their dreams of promotion have faded after a six-game winless sequence.

The Heed lost 1-0 at lowly part-timers North Ferriby in their last away game and it would take a massive improvement if they were to become the first fifth-tier side to win at Barrow this season.

Leaders Lincoln are setting the pace and can stay at the summit until at least New Year's Eve by beating second-bottom Guiseley.

Guiseley have improved since failing to win any of their opening 13 matches but they still have work to do with five points separating them from fifth-bottom Braintree.

Adam Lockwood's strugglers are unbeaten in their last six league games but none of their four league victories this season have come against teams in the current top eight.

Lincoln have won on eight of their 11 National League road trips this season and look a solid bet to register their sixth successive league victory.

You can bet on Monday's matches here at Soccerbase.com