Barrage of 180s is unlikely in Suljovic-Whitlock scrap 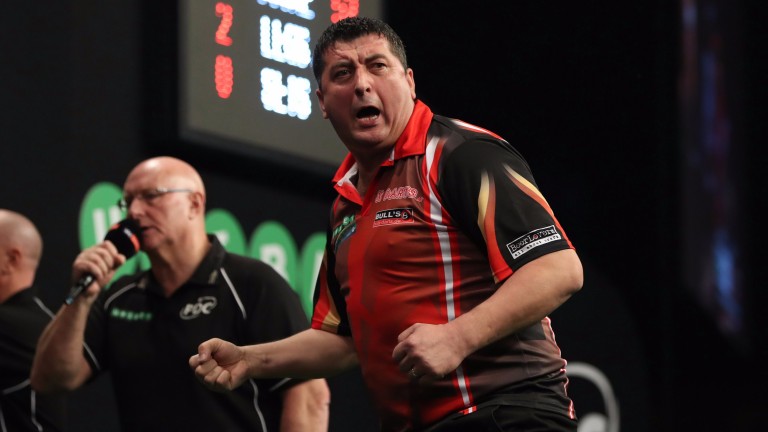 Mensur Suljovic failed to hit a single maximum in his first World Grand Prix semi-final. That was two years ago when the Austrian suffered a 4-2 reverse to Robert Thornton, who went on to win the title.

Suljovic is back, playing better than ever, winning titles and he is deservedly a 40-85 favourite to see off Simon Whitlock in Dublin.

But don’t go expecting a barrage of 180s from him. Indeed take the evens that the match produces under 9.5 maximums.

The layers have the match in for 22.5 legs which means an expected total of just under eight 180s. And that’s not even factoring in the pressure of the occasion.

Suljovic, the world number seven, is fancied to win his semi and Daryl Gurney is an even shorter price at 3-10 to see off John Henderson, the man who has already ousted Dutch darting titans Michael van Gerwen and Raymond van Barneveld.