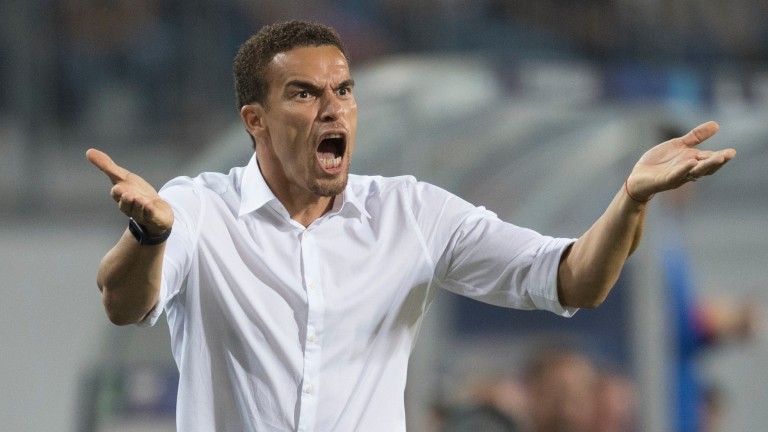 Valerien Ismael's Barnsley should be full of confidence
Andreas Schaad
1 of 1
By Dan Childs 4:30PM, MAY 16 2021

Barnsley
Ben Williams (knee) has not featured this season.

Barnsley appeared to be heading for League One at this time last year but they can move to within one step of the Premier League by seeing off Swansea in their Championship playoff semi-final.

The first lockdown was a particularly tough experience for Barnsley fans, who had to get through more than three months of no football while their team was rooted to the foot of the second-tier table, seven points adrift of safety.

But the situation didn't faze Tykes manager Gerhard Struber, who kept the players believing and steered them to safety with a remarkable 2-1 victory at Brentford on the final day of the season.

Struber's achievement caught the eye of New York Red Bulls, where he has been in the hotseat since October, but Barnsley made significant progress under his replacement, Valerien Ismael, and are eyeing up securing a place in the Premier League for the first time since the 1996-97 season.

If they are to get there they must come up with a couple of better performances against the Swans, who have beaten them twice this season, with 2-0 scorelines in Wales and in Yorkshire.

However, both of those losses came before Barnsley's remarkable surge towards the top six which commenced just over three months ago with a shock 2-0 success at Brentford.

Barnsley had travelled to London in 15th place, ten points adrift of the playoff places and only eight clear of the drop zone.

But their deserved victory over the Bees proved to be a turning point and it was the start of run which saw them take 42 points from their final 19 games.

It was a sequence of results bettered by only Watford (44) and Norwich (43) over the same period and sets them up perfectly for their shot at the big time.

While Barnsley should be full of confidence, Swansea may be racked with self-doubt after finishing the season with six defeats in 11 games.

Manager Steve Cooper selected a near full-strength side for their 46th match at Watford with the hope of witnessing some positives but his team slumped to a 2-0 loss against a largely second-string Hornets side.

Swansea's poor finish will be forgotten if they can reproduce their best over the next two weeks and they have the slight advantage of playing the second leg at the Liberty Stadium, where they will be cheered on by around 5,000 supporters.

However, the Swans have not defeated a top-ten team since early March, when Andre Ayew's controversial injury-time penalty settled a 2-1 success at home to Middlesbrough, and their struggles in the big games may be set to continue.

Swansea failed to win any of their last five games against teams who finished in the top ten.