Tykes won't be far away from promotion pace 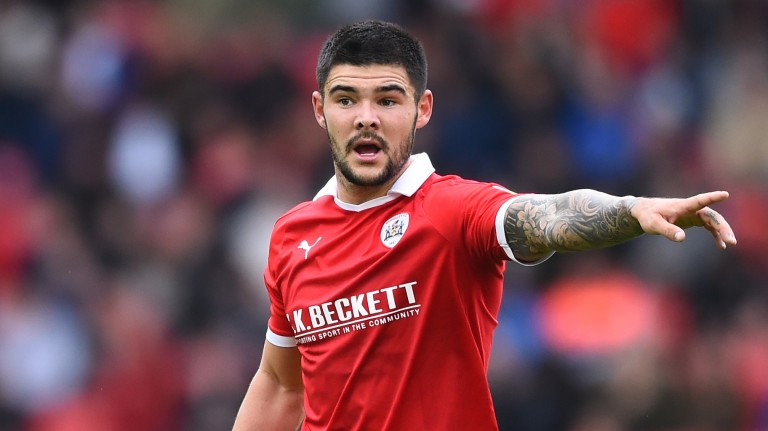 The story of the match
Barnsley controlled much of the tie and deserved to win even if there were a couple of nervy moments before the end as the Tykes sealed an FA Cup third-round date at Premier League Burnley.

Kieffer Moore opened the scoring in trademark fashion, powering home a header from a corner having nearly broken the deadlock previously on a swift Barnsley break, but the tall striker was involved in Southend's equaliser on the stroke of half-time.

The goal was somehow credited to corner-taker Sam Mantom, although it clearly came off Moore, who was defending the near post.

Moore caused panic from a corner that saw his strike partner Cauley Woodrow tap in to regain the initiative for Barnsley and Woodrow then added a third with 20 minutes remaining.

The tie looked dead at that point with Southend barely creating a chance, but Timothee Dieng then reduced the deficit on 86 minutes and Michael Turner was wrongly adjudged to be offside from another set-piece, denying United an equaliser.

However, there may well have been a handball in the build-up from Shawn McCoulsky that was not spotted by arbiter Paul Marsden, who had a shocker throughout.

There was still time for more drama as Barnsley caught Southend on the break and Mike Bahre was on target for Daniel Stendel's side.

Tactics
Barnsley are a possession-based team under Stendel, playing out from the back at every opportunity, with the German resisting the temptation to hit target-man Moore too early in the build-up.

They play a 4-4-2 formation but with no wingers and they pack central midfield. Those who are nominally wide - George Moncur and Bahre - come inside and the width is provided by attacking full-backs Jacob Brown and Zeki Fryers.

Cameron McGeehan drops deep to start attacks and his central midfielder partner Alex Mowatt is the one given licence to drive forward.

Strengths
Barnsley have scored more goals (34) than Sky Bet League One leaders Portsmouth (32) and there is much to admire about the front two of Moore and Woodrow.

Moore, who scored 13 times in 22 matches for Rotherham at this level last season, is on 11 from 18 in League One this term, while Woodrow has five goals in his last six matches.

Woodrow is a lively forward, happy dropping off but also a real sniffer in front of goal, whereas the leggy Moore is the typical target-man forward.

The Reds are excellent in midfield and look to be well coached.

Weaknesses
Defending set-pieces must be a concern - Southend were hardly in the game yet still scored twice from dead-ball situations and nearly had a third too which would have sent the tie to a replay.

You can tell centre-backs Ethan Pinnock and Liam Lindsay are class acts on the ball and the game comes easily to the pair, but there is a lack of balance as both are left-footed which does not always help when playing out from the back.

Goalscorer notebook
It's not worth getting too fancy with Barnsley as the front two in the goalscorer market look by far the biggest threats.

Moore always goes off favourite and is averaging a goal every 129 minutes from 1,676 minutes but maybe the value is with Woodrow. The former Fulham man lacked match fitness when he first made the move to Yorkshire but has five goals from 490 minutes (an average of one every 98 minutes) and looked sharp at Southend.

View from the camp
Stendel said: "I nearly had a heart attack when I thought Southend made it 3-3. It was a good performance, we controlled most of the game and I think the better team won. We have two strikers who are scoring a lot and it is not easy for the opposition."

Prospects
Barnsley are a strong third-tier side and are highly-rated by the big betting syndicates which influence the 90-minute match markets.

They are likely to be around the promotion pace but it is not easy getting value out of them and at a similar price I would prefer to back Luton for the various promotion and title betting markets.

Opposition
Southend are decimated by injuries and could be a team to oppose until at least some of those return, while supporters were on manager Chris Powell's back with the familiar "you don't know what you're doing chant" after his triple substitution.

Home advantage is not worth much when that kind of vibe filters in to the Roots Hall atmosphere.

Dieng, who was backed in from 28-1 to 12-1 with some bookmakers to score first, at least landed the each-way money.

He played in a more advanced role than usual off striker Simon Cox which is worth bearing in mind even if his goal came from a corner when Powell had already dropped Dieng back to a midfield two.