Barcelona may have no trouble crushing Alaves 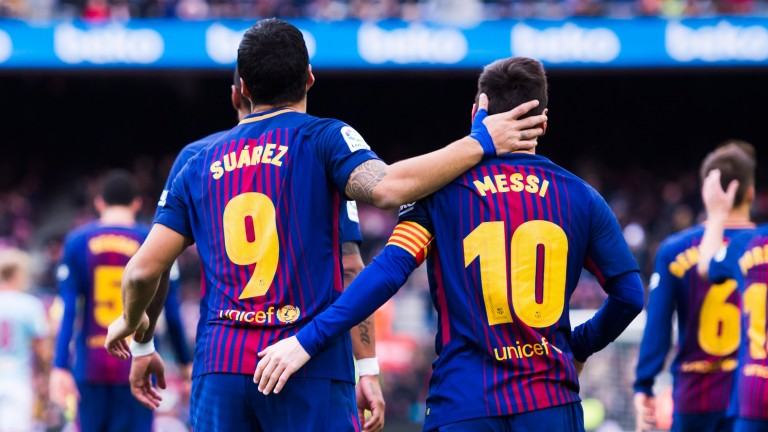 Leganes v Espanyol Sky Sports Football, 11am
Leganes produced a massive shock by dumping Real Madrid out of the Copa del Rey on Wednesday, winning 2-1 at the Bernabeu and advancing to the semi-final on away-goals.

They can make it two wins in a week at the expense of Espanyol, who exited the Copa del Rey with a 2-1 aggregate defeat to rivals Barcelona.

Key stat
Espanyol have won just one of their nine La Liga away matches this season.

Atletico v Las Palmas Sky Sports Mix, 3.15pm
Atletico Madrid crashed out of the Copa del Rey with a 5-2 aggregate defeat to Sevilla but are going well in the league and can cement second place with a victory over lowly Las Palmas.

Diego Simeone's side have conceded just four home league goals this season and can shut out Las Palmas, who have failed to score on their last four road trips.

Sevilla v Getafe Sky Sports Football, 5.30pm
Sevilla have been much better in the cups than the league this season and go into the home match with Getafe needing a win to stay in touch with the race for a top-four finish.

However, the Andalusians should be confident after advancing to the last four of the Copa del Rey and should be too strong for Getafe, who are bidding to avoid a fifth successive away defeat.

Key stat
Getafe have not won any of their last eight away games.

The Catalans may be less fatigued than Alaves, who went out of the Copa del Rey on Wednesday after losing on penalties to Valencia.

Key stat
Eight of Barcelona's last nine wins have been achieved without conceding a goal.