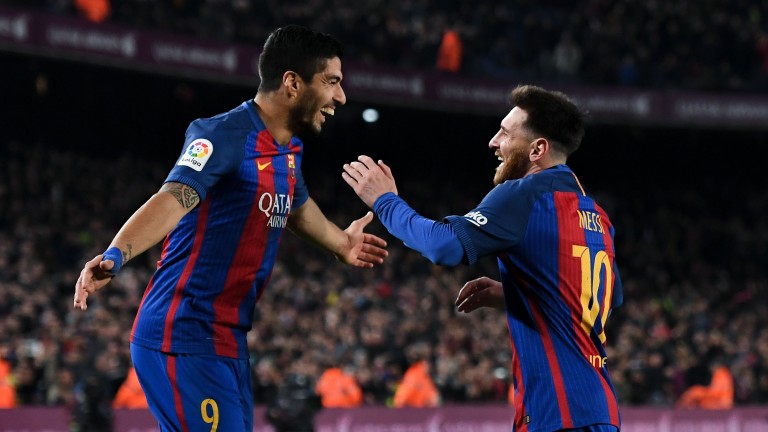 The intense rivalry between Barcelona and Real Madrid means that matches between the Spanish giants rarely lack appeal.

However, as the sides prepare to do battle in the latest instalment of El Clasico, they do so in the unusual position of knowing that whatever happens at Camp Nou this evening will have little bearing on their seasons.

Barcelona will step on to the pitch for the first time since being crowned La Liga champions with a 4-2 win at Deportivo last weekend, while Real, who are a whopping 15 points behind their rivals, have their sights focused on a third successive Champions League success after securing their final berth in midweek.

There is usually little love lost between the sides and Real coach Zinedine Zidane has stoked the fires in the lead-up to tonight’s clash by saying his side will break from tradition and not offer the newly-crowned champions a guard of honour.

Whether that is enough to rile those in the Barcelona dressing room is debatable but there is the little matter of an unbeaten season still left for the Catalans to complete.

The current crop of Barca stars are just four games away
from becoming La Liga’s first invincibles which should be motivation enough for them to maintain their focus even with the championship and Copa del Rey already in the bag.

The Catalans have been formidable at home this term, winning 14 of their 16 outings, and at 8-11 look the bet to confirm superiority over their arch rivals.

Real Madrid
Raphael Varane and Isco failed to complete a full training session on Friday and are unlikely to play. Dani
Carvajal is a long-term absentee.