Barca crisis should be no concern 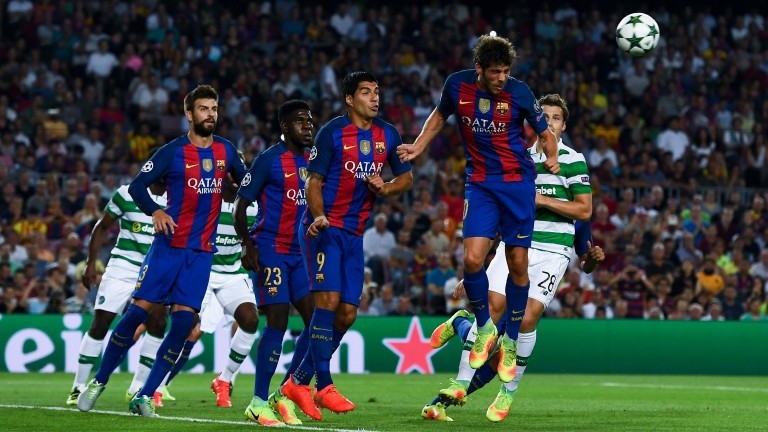 The idea that Barcelona will step out at Celtic Park in the midst of some sort of a crisis is fairly fanciful, and the Spanish giants can ease their way into the last 16 of the Champions League with a win in Glasgow.

Bhoys’ fans are full of optimism that their side, crushed 7-0 at Camp Nou two months ago, will get it right on home soil and so reignite their own dreams of finishing third and qualifying for the Europa League knockout phase.

Home advantage is definitely a major plus for Celtic and they are undoubtedly in very good form. They also boast, in Scott Sinclair and Moussa Dembele, players who can hurt any team, including the tournament favourites.

Barcelona
Lionel Messi and Luis Suarez, who missed the draw with Malaga through illness and a ban respectively, start. Jordi Alba is also fit though Andres Iniesta and Samuel Umtiti remain sidelined.

But they are still inferior to a Barca side with Luis Suarez and Lionel Messi back in attack.

Those two missed the weekend 0-0 draw with Malaga, a match in which Barca boasted 81 per cent possession and 28 shots on goal. Malaga packed ten men into the box and Luis Enrique’s men had one of those days when they simply couldn’t break them down.

The upshot is that they have made their worst league start for a decade – though they are still second in La Liga. The word ‘crisis’ is relative.

Usually, of course, Barcelona have already qualified by Matchday Five but still have points to acquire courtesy of their 3-1 defeat at Manchester City, and again, there was hardly any shame in that reverse.

They are missing Andres Iniesta but on the plus side Celtic aren’t going to play with ten defenders at home in a match they need to win. And ambitious hosts should mean there are spaces for the Spaniards to exploit so it’s hard not to see goals.

Key stat
Barcelona have not failed to score in their last 12 away games, notching 37 goals in that time

Over 3.5 is a 5-4 chance and doesn’t seem a daft option. Celtic may be masters in the art of wins to nil against Kilmarnock and Inverness but you simply cannot compare Barcelona to anyone who the Scottish champions come up against domestically. Bear in mind that Celtic have lost four times this season – all four defeats have been in Europe.

If they can get the ball to Dembele and Sinclair they can cause Barcelona’s defence problems, though Jordi Alba and Gerard Pique are fully fit after injuries. Set-plays will also be crucial.

The Barcelona win and both teams to score bet at 7-4 is preferred. Both teams boast attacking tools and neither side is inclined to sit back.

Recommendation
Barcelona to win and both teams to score
1pt 7-4 Betfair, Coral