Barbosa can be Coppa star for Inter 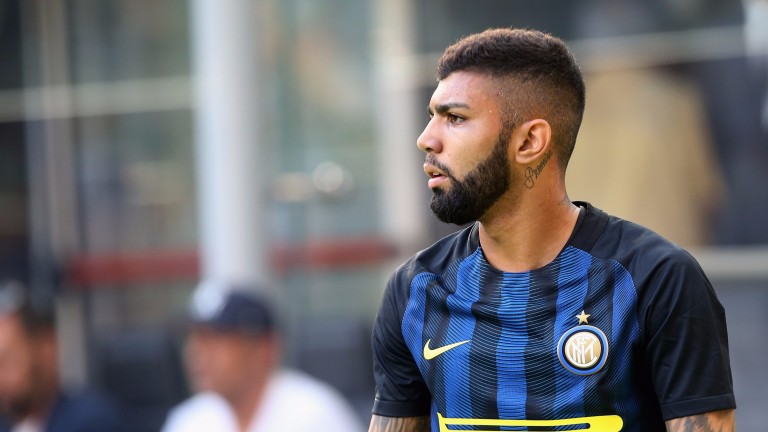 Brazilian forward Gabriel Barbosa is set for his first start for Inter so back the boy wonder to open the scoring against Bologna in the last 16 of the Coppa Italia.

The 20-year-old has been stuck on the bench since his summer switch from Santos with just a trio of appearances as a sub.

But the word is that Inter coach Stefano Pioli will give Gabigol a start at the San Siro in the cup and the £25m starlet can find the back of the net.

The Milan giants are making their seasonal bow in the Coppa as one of the eight top seeds and their form suggests they’ll have little difficulty seeing off Bologna.

Pioli’s lads have won six matches in a row and eight in a row at home in all competitions.

Top scorer Mauro Icardi may well be on the bench – Pioli wants to give Rodrigo Palacio game time leading the line – but Inter are buzzing and even with one or two tweaks they should still be too strong for the Rossoblu.

Seven points from the last 12 have helped Bologna ease their relegation fears in Serie A although they haven’t beaten a top-nine side this term.

Roberto Donadoni’s men did manage a 1-1 draw at Inter in September but that was during the dark days of the Frank de Boer reign and Inter look a very different team now.

Bet on this match on Soccerbase.com