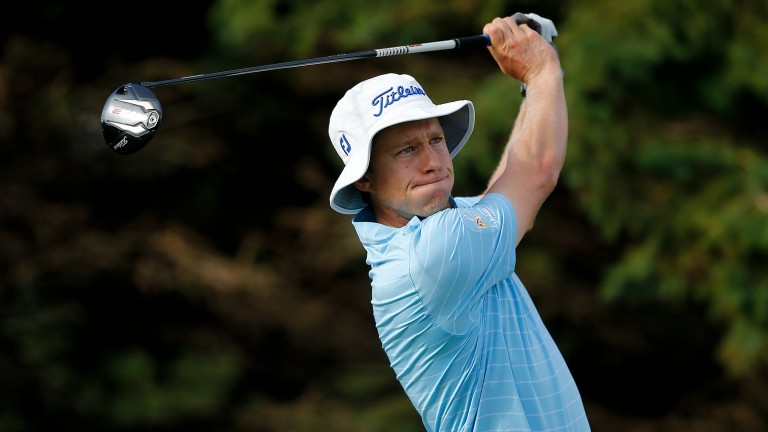 Peter Malnati was an unlikely winner of the 2015 Sanderson Farms title but the 32-year-old has played solid golf all year and is not without a chance of landing more US Tour glory at the Barbasol Championship.

A 250-1 winner at Country Club of Jackson, Malnati missed 21 cuts from 32 starts in an otherwise unremarkable campaign and subsequent years delivered little success, but the Indiana man is enjoying a productive 2019 season.

Since missing the cut at Pebble Beach in February, Malnati has made the weekend in 14 of his 15 tournaments and a strong showing looks likely on a Keene Trace track where he finished 21st last year - his best performance of 2018.

Elite golfers are thin on the ground in Kentucky this week but Malnati, who lives in nearby Knoxville, Tennessee, has been one of the most consistent operators on the PGA Tour in recent months.

When Troy Merritt won this tournament at Keene Trace last year, he led the field by some way in strokes gained approaching the green. Malnati ranks 44th for SGA on the US Tour - fifth in the Barbasol field - and  is also one of the best putters around.

He looks worth backing in a 72-hole match bet against Beau Hossler, who has lost strokes on approach in an up-and-down season and is in danger of failing to build on the promise he showed in 2018.

Merritt also looks worth a bet when he tees off alongside Jason Dufner and Bill Haas in the 6.53pm threeball (UK & Ireland time).

The defending champion finished in the top ten at the 3M Open two weeks ago and should love returning to a track where he opened up with a sublime ten-under 62 last year.

Former US PGA champion Dufner has gone backwards since showing signs of his best form a few weeks ago while Haas is having a poor year despite finishing in a tie for tenth at the John Deere last week.