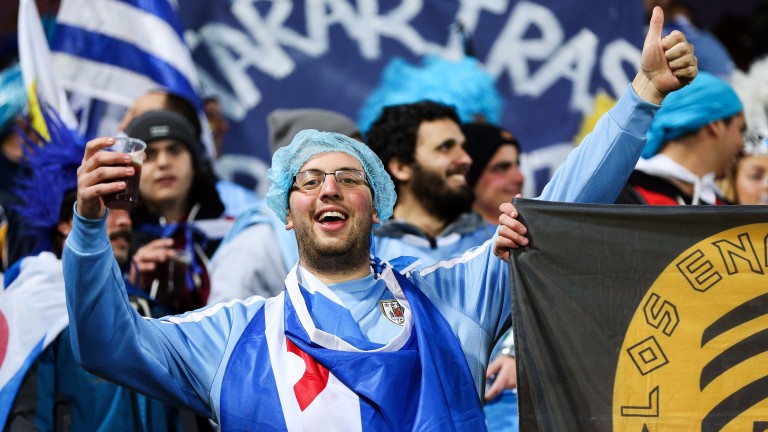 Uruguay fans are excited about their chances in South Korea
Hagen Hopkins
1 of 1
By Steve Davies 7:00PM, MAY 23 2017

Uruguay, one of the big fancies at the Under-20 World Cup in South Korea, got their campaign off to a winning start with a 1-0 success over Italy, although how there weren’t more goals is a mystery.

Take a chance on the net bulging when Uruguay take on another forward-looking outfit, Japan, in their second Group D encounter in Suwon.

The Uruguayans, who clinched victory through substitute Rodrigo Amaral, missed a penalty and were thwarted by young Torino keeper Andrea Zaccagno. The game was a really lively one, boasting 35 efforts on goal.

Japan unloaded 20 shots in their 2-1 win against South Africa in the other game and the Asian champions will definitely go at Uruguay when they can. Over 2.5 goals looks obvious but it may pay to be a touch braver and go for over 3.5 at 5-2 instead.