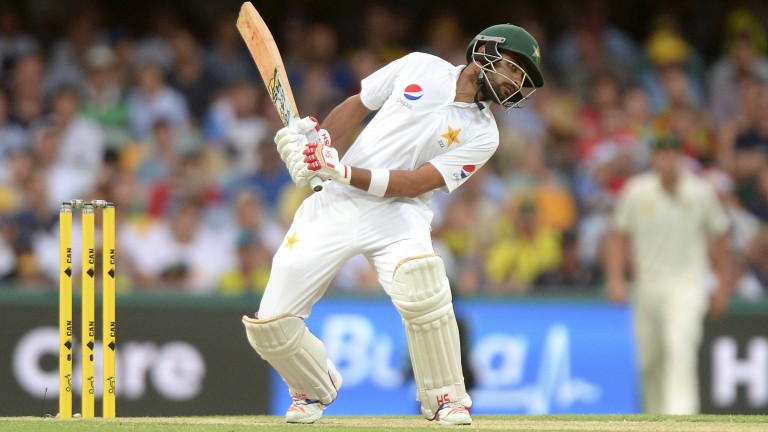 Babar Azam should enjoy the one-dayers after a tough Test series
Bradley Kanaris
1 of 1
By James Milton 8:44PM, JAN 13 2017

Pakistan failed to capitalise on a great start to the first ODI against Australia and bookmakers don’t expect them to get a second chance in Melbourne on Sunday.

The Aussies are 1-4 to win the second of the five-match series at the MCG but they were given a scare in Brisbane, where they were reduced to 78-5 batting first.

The 22-year-old top-scored with 33 and appeared to have recovered from a miserable Test series with the bat down under.

Babar scored three ODI centuries in a row against the West Indies in October and warmed up for this series with 98 against a Cricket Australia 11.

He looks too big to outperform his inconsistent colleagues, particularly as Azhar Ali is a major doubt with a hamstring injury.