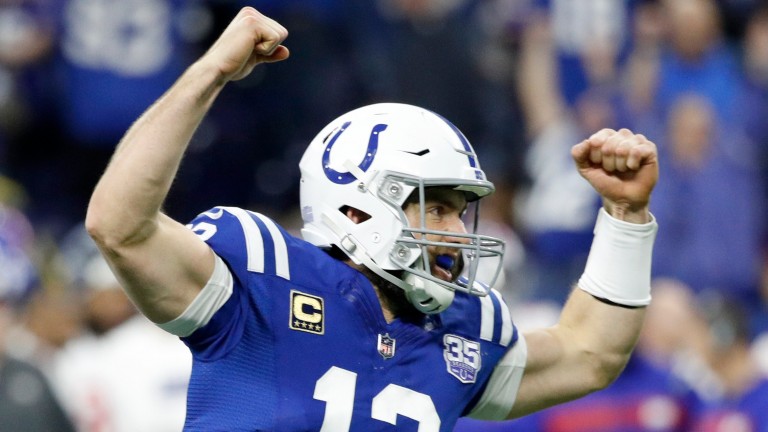 Indianapolis Colts quarterback Andrew Luck has been back to his brilliant best
Getty Images
1 of 1
By Ian Wilkerson UPDATED 12:04PM, JAN 7 2019

The race for the Vince Lombardi Trophy gathers pace with the start of the NFL playoffs, although any team involved in this week's wildcard weekend will have to buck a recent trend if they are to book their place at the end-of-season extravaganza in Atlanta on February 3.

Last year's Super Bowl between Philadelphia and New England was the fourth occasion in five years that the respective number one seeds from the AFC and NFC have battled it out for glory and no team since Baltimore in 2013 have played three playoff games before getting to the Super Bowl.

However, this year's race looks wide open and it would be no surprise if that all changes this year.

NFC number-one seeds New Orleans look worthy favourites and will benefit from playing all their remaining matches indoors, but there is little encouragement for getting involved again in such a competitive heat, with the Saints having already been advised at 16-1.

Their half of the draw appears slightly weaker as the bottom three seeds all look up against it, but a positive case could be made for each team in the AFC. 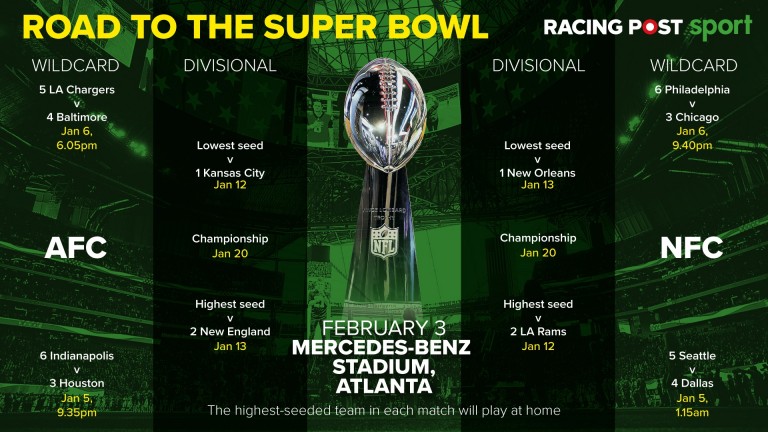 The reservations about the top two in the AFC - Kansas City and New England - are greater.

The Chiefs are great when they have the ball but have conceded plenty of points, which could make them vulnerable and while the Patriots are serial winners, there is a feeling that their dominance cannot go on for ever.

So, for an additional interest now there are just 12 teams remaining in the chase, take a chance on Baltimore and Indianapolis to make a big impression, with half the odds available for any team who reach Mercedes-Benz Stadium.

The Ravens, who secured the AFC North title with a win against Cleveland last week, have one of the best defences in the game, but their offence has become a bigger factor in the last month due to dynamic performances from rookie quarterback Lamar Jackson.

His running game has provided Baltimore, who are fourth seeds in the AFC, with an extra dimension and they should head into the playoffs full of beans after six wins in their last seven matches.

The Colts, meanwhile, were given little hope of extending their campaign when they lost five of their opening six matches.

However, they were still able to collect ten victories and quarterback Andrew Luck has been in inspired form when many feared for his future after he missed the whole of last season with a shoulder injury.

As number-six seeds, they will have to do it the hard way, but they are capable of making their presence felt in what is a difficult race to call.