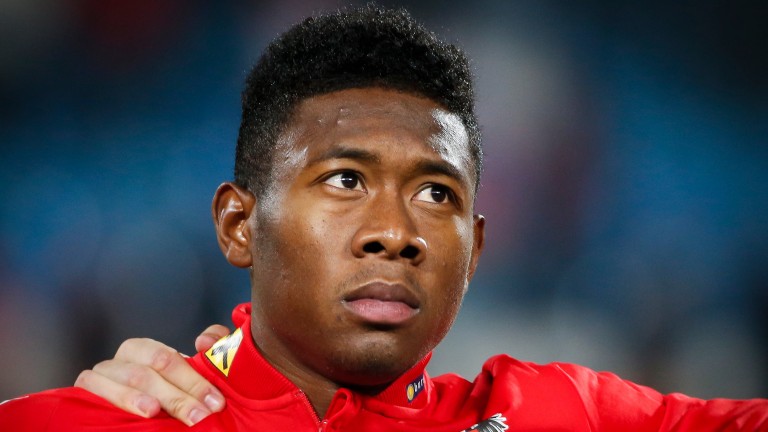 World Cup qualifying
Two of Euro 2016’s fancied outsiders are struggling to qualify for next year’s World Cup and I don’t see it looking any prettier for Austria and Wales by close of play on Sunday.

Austria are in Dublin to take on Ireland while the Welsh are in Serbia against the Group D leaders – and I fancy home wins in each.

Let’s be honest, a lot of us got duped by Austria. A faultless qualifying campaign for the Euros had many thinking they could be trophy contenders last summer but they were quickly exposed.

They are reliant on one player – Bayern defender David Alaba – who coach Marcel Koller plays out of position in central midfield, while their man with the X-factor, Marko Arnautovic, is suspended.

Ireland have absolutely nothing to worry about. They came out of the Euros with credit and are now unbeaten in World Cup qualifying with Martin O’Neill successfully establishing a brand and a style which makes them look really difficult to beat.

Meanwhile, the Welsh lads are playing down the absence of Gareth Bale in Belgrade, claiming there are several other candidates ready to become matchwinners.

The reality, however, is that Wales are as dependent on Bale as Austria are on Alaba, and with the Real Madrid superstar sitting out this trip through suspension this looks an open goal for the Serbs to tighten their grip on the section.

On Saturday, of course, it’s all about Scotland versus England, although it’s not a game I can get overly excited about.

Cast your mind back to November when the Scots visited Wembley. The sabre-rattling from up north was deafening but when it came to the game itself, it was an absolute mismatch.

The Scots have kept alive a slim flicker of hope by beating Slovenia but the reality is that they are miles away from England in terms of quality.

England are the flat-track bullies of qualifying and I expect to see them win this fairly easily, probably to nil.

As for Northern Ireland, they are in Azerbaijan, who are slowly developing into a decent side. They’ve already shut out Norway and the Czechs in this campaign and I can see them stopping Northern Ireland as well. Indeed, they look a big price at home.

International football is all about getting the balance right – and very few teams have that balance quite as right as Germany.

Winning a World Cup is a career pinnacle so it was no surprise to see players such as Philipp Lahm, Per Mertesacker and Miroslav Klose call it a day after the triumph in 2014. There was nothing left to achieve.

We’ve since seen Bastian Schweinsteiger retire and all these boots would be big ones to fill.

Crucially, there’s a conveyor belt of young talent coming through in German football and, just as crucially, there are still some massively experienced players in the camp.

So I’m really pleased to see the likes of Serge Gnabry and Yannick Gerhardt get called up for the game against San Marino, and they in turn will be pleased to be joining a squad containing Toni Kroos, Mats Hummels, Sami Khedira and Thomas Muller, all huge names, global winners and stars to look up to.

You need strength in depth at a major finals and Germany have that. You also need a balance between youth and experience and they also boast that.

They are deserving favourites to retain their crown in Russia.