Bairstow and Ali should lead England's charge at Edgbaston

West Indies may be outclassed 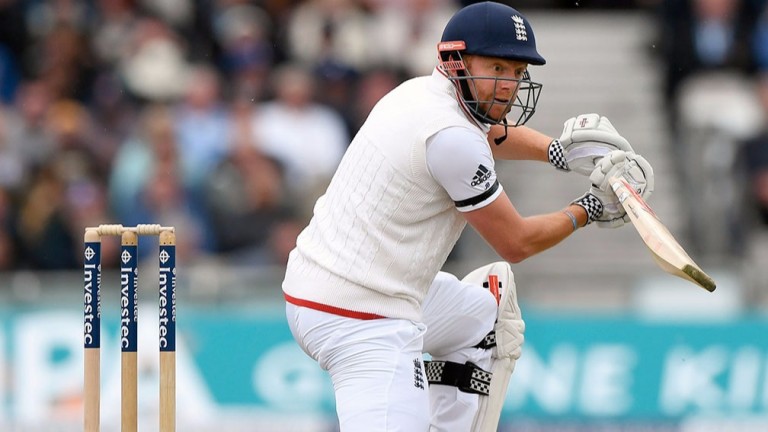 Stuart Broad described England's first day-night Test match as a "step into the unknown" but bookmakers are expecting few scares for the hosts in the Edgbaston twilight zone.

The Windies have some experience under the floodlights, losing a day-night Test in Dubai despite bowling out Pakistan for 123 in the second innings last October.

The three day-night Test matches held in Australia offered plenty of assistance to the quick bowlers once the sun went down and  Faf du Plessis declared his team's first innings at 259-9 in order to have a crack at the Aussie openers late on day one.

However, a round of County Championship matches under the lights in June produced some stodgy cricket - not helped by the rain - and James Anderson struggled to make the pink ball talk for Lancashire against Warwickshire at Birmingham.

Punters shouldn't come to rigid conclusions from such a small sample size but the new conditions should pose an interesting test for England's faltering top order.

Skipper Root and the middle-order magic of Ben Stokes, Jonny Bairstow and Moeen Ali held the batting together in the 3-1 series win over South Africa.

However, more is required from the top order with Surrey opener Mark Stoneman replacing Keaton Jennings, and they shouldn't underestimate a West Indies side who held them to a 1-1 draw in the Caribbean two years ago.

Best bets
The unfamiliar playing conditions - and the inconsistency of England's Test side - means this probably isn't the game to go steaming in at short prices.

Instead, split stakes on two of England's most consistent performers top-scoring from the lower end of the batting line-up.

Jonny Bairstow outscored every batsman in the South Africa series bar Root and provided a masterclass in batting with the tail in his first-innings 99 in the final Test at Old Trafford.

At 20-1, Moeen Ali is also worth a small bet. The Birmingham ace bookended the series against the Proteas with dazzling knocks of 87 at Lord's and 75 not out at Old Trafford and his three Test scores at Edgbaston have been 59 against Australia and 63 and 86 not out against Pakistan last year.

Given the uncertainty over how the pink ball will behave against two dodgy batting line-ups, Betfair's 7-1 that no century is scored in the Test is an eye-catching price.

Bairstow’s 99 in Manchester meant the bet copped in only two of England’s four Tests against South Africa and once the pink ball loses its hardness it may be tough for batsmen to take the initiative.

Venue
England have won seven of their last ten Edgbaston Tests although the 2012 meeting with the West Indies ended in a rain-affected draw with James Anderson and Stuart Broad rested.

There wasn't much in it for the bowlers during Warwickshire's day-night Championship clash with Lancashire. Wily old fox Shivnarine Chanderpaul (117 not out) adapted best to conditions before home opener Andrew Umeed battled his way to 113 off 392 balls.

Team news
Debutant Stoneman is set to open the batting for England while Chris Woakes and rookie spinner Mason Crane miss out.

West Indies fast bowler Kemar Roach is hoping to play his first Test since January 2016 and Shannon Gabriel should get the nod despite bowling 24 no-balls in just 13 overs against Derbyshire.

Weather
Bright and dry for the first two days, cloudy on Saturday with light showers on Sunday afternoon and a clear forecast for the final day on Monday.