Baggies are down but not quite out 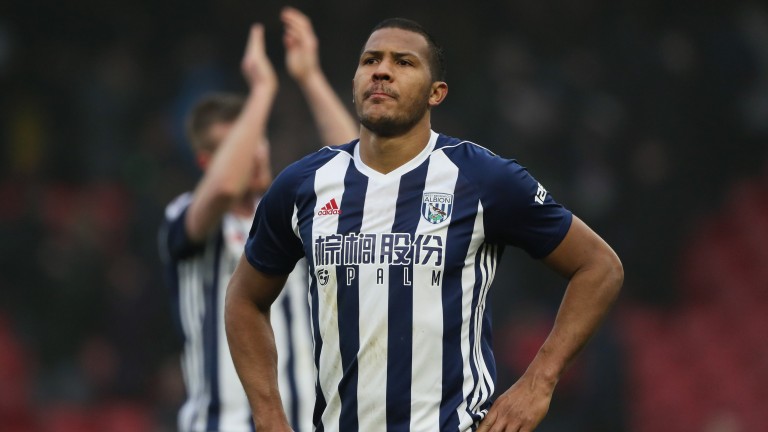 West Brom failed in their second successive 'must-win' game, losing 1-0 at Watford and prompting many commentators to argue they have passed the point of no return.

But there remains a slim hope of salvation and Albion may look to follow the example of Sunderland, who recovered from an equally desperate situation in 2013-14.

With six games left the Black Cats were seven points adrift of safety but survived by taking 14 points from a possible 18, including a 2-2 draw at Manchester City and wins at Chelsea and Manchester United.

West Brom don't exactly look like a team about to embark on a similar run of results, but they played with plenty of desire at Vicarage Road and caused Watford more problems than Everton did the previous weekend.

Sunderland's recovery came out of the blue after a run of five straight league defeats, the same losing streak that West Brom are on now.

Sometimes it takes just one result to change the mood. Albion play at home to Leicester, away to Bournemouth and at home to Burnley and Swansea in their next four games. If they win three of those the picture could look very different.

West Ham's January business was roundly criticised after the transfer window closed but there was still room for another deal to be done – the departure of Jose Fonte to Chinese Super League side Dalian Yifang.

The Hammers received a reported £4.4m fee for Fonte, just over half the £8m they paid Southampton for him last January.

But the major problem with the deal is that it leaves West Ham short of defensive cover at a crucial stage of the season.

And it was a bad day for both with Reid sustaining a nasty-looking knee injury and Rice showing his inexperience when allowing Swans' defender Mike van der Hoorn to nip in in front of him and head home from a corner.

Ogbonna may soon recover but his partnership with Rice will need to flourish if West Ham are to avoid getting dragged into trouble.

3 No end in sight to Gunners' malaise

Arsenal finished on the front foot in their 2-1 loss at Brighton but their improved showing after the break was not enough to atone for a truly dire first-half performance which condemned them to deserved defeat.

It was a much worse performance than on Thursday when the Gunners played with plenty of spirit against Manchester City and were simply undone by one of the best teams in Europe.

Sixth is the best Arsenal can hope for, although their Europa League last-16 tie with Milan offers a slim hope of salvation.

However, Milan are one of the better teams left in the tournament and look decent value at odds-against to go through.

Southampton attacker Josh Sims put in a confident performance during Saturday's 0-0 draw at home to Stoke, fully justifying his selection in the starting line-up for just the second time this season.

But his post-match interview, when he suggested that Southampton were too good to be where they are in the table, gave a potential insight into why the south-coast side are struggling so much.

Saints play more controlled football than all of the teams in the bottom half but they often seem to lack intensity in their play and they failed to get going against Stoke until after half-time.

They were probably unlucky not to win but their lackustre first-half performance was inexcusable in such a vital fixture.

The point leaves Saints one point above the drop zone and six of their last nine games are away from home.

They are in deep trouble and need to wake up before it is too late.

It has been a stop-start season for Middlesbrough but they finished the weekend in seventh, the highest they have been this year, and are looking good for a top-six finish.

Tony Pulis's side are only two points outside the playoffs and will fancy their chances of catching either fifth-placed Derby or sixth-placed Bristol City, who have both struggled for consistency in recent weeks.