Bad luck can sometimes be the most rational explanation 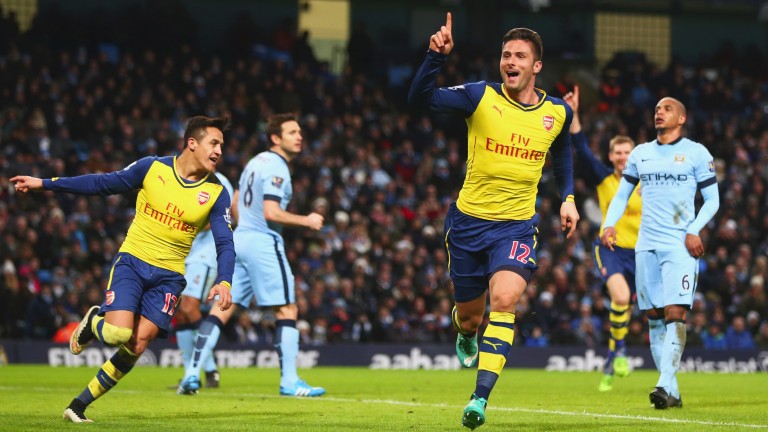 Last week I wrote about the events of January 17, 2015, widely regarded as the blackest day in football betting history for bookmakers.

If you missed it, I explained what needs to come together for layers to have a disastrous day on football and how, with the best-backed 12 accumulator selections all winning, the day of carnage every bookmaker fears could arrive but hopes never does, happened.

Factors beyond our control affect our lives every day. From a train driver going sick to a restaurant giving you food poisoning, the way our lives pan out is always affected to some extent by things over which we have no control.

Luck – good or bad – and other factors outside a player or team’s control, play a significant part in the outcome of any sporting event but sometimes it seems luck is a dirty word. People want a rational explanation for everything. When managers claim “we were unlucky today” they’re often criticised for making excuses.

In reality, in a sport such as football you frequently don’t get the result your performance deserves and “we were unlucky” really is the best evaluation of a poor result.

If fans find that explanation too simple, major bookmakers and their shareholders find the excuse just as frustrating. But that makes the legitimacy of the reasoning no less valid.

So, how did factors beyond their control affect bookmakers on January 17, 2015?

Those seven Saturday results were appalling for bookies, and wins for all the fancied teams in the other divisions led to the ensuing shocker.

But the most fascinating part of the scenario is what occurred on the Sunday and Monday.

Manchester City were challenging Chelsea for the title while Arsenal languished in sixth spot and City were well-backed odds-on favourites.

On the Monday night, Everton were also heavily-backed favourites at home to West Brom yet failed to win.

Both those games were originally scheduled to be played on the Saturday but Sky moved them in order to cover them live on television.

If either had been played on the Saturday we can safely say they would have been among the top ten accumulator selections. Even one of those ten most popular selections slipping up would have meant bookies were only looking at a relatively painful day and the type of manageable losses they see seven or eight times a season. Instead, they were hit by a catastrophe from which it took months to recover.

That fixture scheduling is, of course, beyond bookmakers’ control. Sky moving those games cost the betting industry in the UK and Ireland upwards of £50m.

So whether it’s that late train or a bout of food poisoning, all our lives are affected by factors outside of our control – and,
as proved by that weekend in January 2015, bookmakers are no exception.

You would be forgiven – especially if you live south of the border – for not being fully focused on this season’s Ladbrokes Championship.

But you’re missing out on some interesting stories. The title battle between two sides who really should be in the top flight – Hibernian and Dundee United – looked to have swung conclusively in favour of Hibs, but their slip-up against Ayr on Saturday has given the Tangerines new hope.

However, the biggest team of interest to me are at the other end of the table.

St Mirren are seven points adrift and relegation is looking an inevitability. What’s unusual about that? Well, I don’t think they’re that bad.

Players such as John Sutton – brother of Chris – and Stephen McGinn, once of Watford and Sheffield United, have too much quality to be tailed off in that division. And on the match stats each week St Mirren seem to be playing well but not getting the results they deserve.

When a team are on an unusually long run of not getting the league results they deserve the cups often provide respite – and that is exactly what has happened with St Mirren this year.

They went to top-flight Dundee in the last round of the William Hill Scottish Cup, seemingly without a hope, but won 2-0 and Dundee boss Paul Hartley admitted that “the best team won”.

On Saturday, St Mirren visit East Fife in the fourth round. East Fife are going nicely in Ladbrokes League One, just one point off a playoff berth. At first glance this game looks ripe for a minor upset.
I hope lots of people think that way and St Mirren drift to a bigger price as a result.

I wouldn’t be surprised if what I believe to be the real St Mirren – a team capable of pulling off a great escape in the league – go to East Fife and get the win their ability suggests they should.