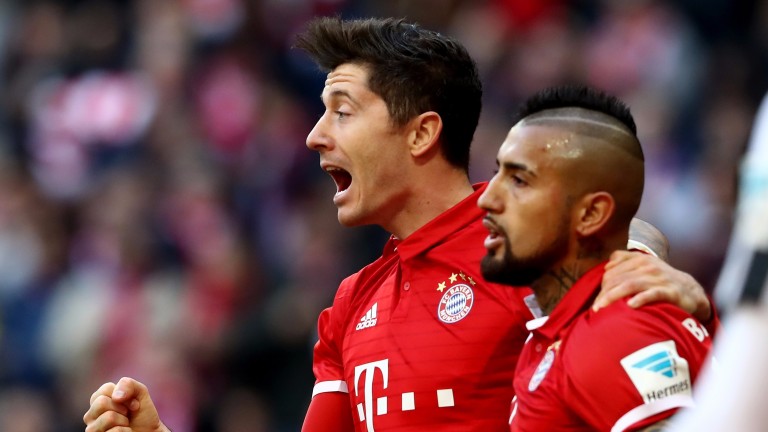 Mainz v Schalke 2.30pm
Thursday night's exertions in overcoming Gladbach in the Europa League might well have taken something out of Schalke, who could record a third draw in four matches.

However, Mainz have been poor since the winter break, winning just two of eight games and last week's 2-1 loss at Darmstadt was particularly dispiriting.

Key stat
Schalke have won only one away game in the league this season.

Monchengladbach v Bayern Munich 4.30pm
Gladbach are going to be crestfallen after blowing a two-goal lead against Schalke in the Europa League and Bayern Munich can profit at their expense.

The Munich giants have won five in a row since their last draw with an aggregate score of 22-1 and look at a different level to anyone else in the Bundesliga.

Key stat
Bayern have won 16 and drawn two of their last 18 matches.