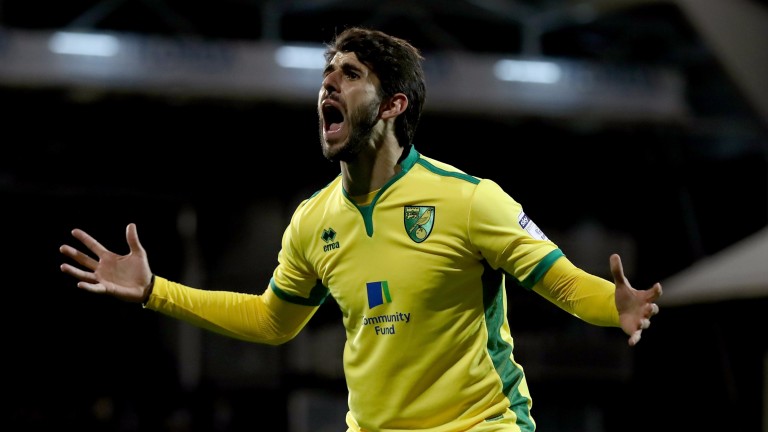 Norwich came out of their autumn slump with a 5-0 victory over Brentford on December 3 and the Canaries are attempting to force their way back into the Sky Bet Championship playoff picture when they host Huddersfield.

Alex Neil's men were top of the league after 12 matches of the season but a six-game winless run sent them plummeting down the table.

They found top gear again against Brentford at Carrow Road and claimed another big scalp on Tuesday when they defeated in-form Aston Villa in front of their own crowd.

Huddersfield's season has played out in a similar fashion. The Terriers also topped the Championship table earlier in the season but Norwich displaced them at the summit and they have since fallen further back.

Both teams must now prove that their goose is not cooked before Christmas comes along and the Canaries look better equipped to sustain a challenge into the new year.

Norwich have been excellent at Carrow Road this season, winning seven of their ten outings in East Anglia, and they were comfortably the better side statistically against Villa, winning the shot count 15-7 and earning eight corners to the visitors' one.

Huddersfield have staged their own revival in recent games, chalking up victories over Bristol City and Burton after a run of five without a win. But the Terriers' stats haven't been nearly as impressive and they were fairly lucky to seal the points last time out thanks to a late goal from Nahki Wells.

David Wagner's side are capable of playing both a wide-open game and a gritty defensive one and it's likely that they will apply the latter in a bid to stop a dangerous Norwich team.

The Terriers' away form was far from exemplary even when they were leading the Championship, however, and they have conceded at least three goals against Preston, Fulham and Cardiff since October.

Only the top two teams in the division, plus Nottingham Forest, have scored more goals than Norwich and the Canaries are likely to breach the Huddersfield defences on at least one occasion.

In-form striker Nelson Oliveira has discovered his shooting boots in the build-up to Christmas and he could be worth a punt to open the scoring at 11-2 but the best thing to do might be to keep it simple and back the Canaries to record a third successive home win.

Team news
Norwich
Cameron Jerome is fit after an injury. Youssouf Mulumbu has recovered from a knock but Louis Thompson and Matt Jarvis are unavailable

Huddersfield
Joe Lolley, Sean Scannell and Mark Hudson are all out. Chris Lowe, Tommy Smith, Kasey Palmer, and Rajiv van la Parra could all return after being rested on Tuesday