Back Sixers to end neighbours’ revival 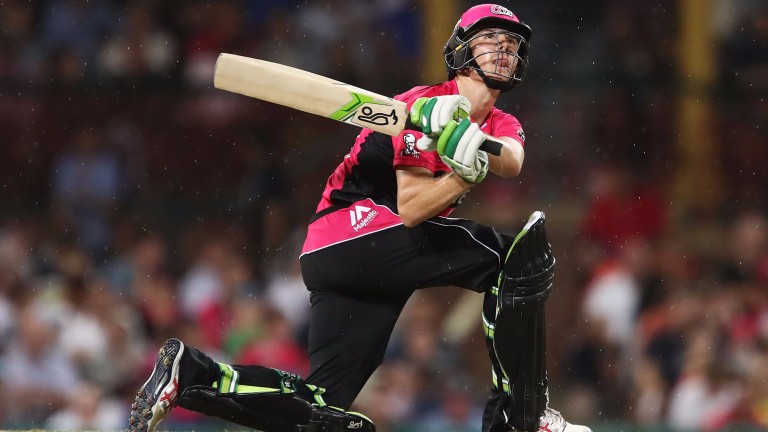 Sydney Sixers cruised to a nine-wicket win over city rivals the Thunder in the opening game of the Big Bash and they can complete the derby double.

The Thunder have won their last two games after starting the defence of their title with four straight defeats but the Sixers are also purring and their all-round quality could be decisive.

They restricted the Renegades to 170-6 last time out, then aced the run-chase with the top five in the batting order all reaching 25.

Openers Daniel Hughes and Michael Lumb are an exciting combination and there could be more muscle in the middle-order with New Zealand’s Colin Munro hoping for a debut. Munro’s penultimate innings was 101 off 54 balls in a Twenty20 game against Bangladesh.

Nathan Lyon and Johan Botha are a crafty pair of spinners for the Sixers and the Thunder’s brief renaissance could come to an end.

England, 13-8 to win Sunday’s first ODI against India, lost their final warm-up against India A by six wickets on Thursday.