Edinburgh should edge out Ulster at Murrayfield 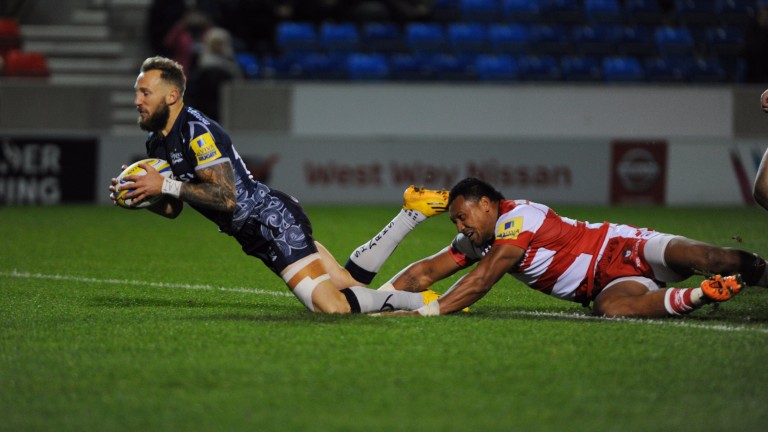 Byron McGuigan grabbed a hat-trick for Sale against Gloucester in September
Getty Images
1 of 1
By Max Oram UPDATED 7:02PM, APR 6 2018

Sale against Wasps promises to be an enthralling televised Premiership encounter.

Seventh-placed hosts Sale are not only in the thick of the battle for a top-six spot this season but a fifth win in six at the AJ Bell Stadium will keep them in the hunt for a top-four place.

Wasps, last year's regular-season winners, are third and their 16-15 loss at Leicester a fortnight ago, when they had a long injury-list, was a first defeat in five on the road.

However, so tight is the playoffs race that they could drop to sixth if they fail to pick up a losing bonus and Newcastle, Leicester and Gloucester claim try-bonus wins.

In the opening round of the campaign, Wasps beat the Sharks 50-35 at the Ricoh Arena in a clash that contained 12 tries, four by Wasps scrum-half Dan Robson. Last season in Salford, Sale triumphed 34-28 in a game containing seven tries including a hat-trick by Denny Solomona.

Solomona, who crossed in Coventry in September, then bagged braces in two of the Sharks' next three games and is on a try-scoring roll with his five-pointer in the 58-25 win at Worcester a fortnight ago, coming after a hat-trick in the 34-25 success at Northampton and a brace in their heartbreaking late 33-32 loss at Bath, was the original anytime tryscorer advice*.

However, he was banned for four weeks on Friday for comments aimed at Worcester's Jamie Shillcock so Byron McGuigan comes on to the Sale right wing while dynamic backrower TJ Ioane joins the replacements. Back McGuigan to make his mark.

The suspension is bound to disrupt the Sharks slightly but not because McGuigan is a shabby finisher and the Scotland international does not know their gameplans.

He joined Sale last season and scored six tries, this season he has eight including a five-pointer at the Ricoh in round one, a couple more at Saracens and a hat-trick against Gloucester. He has two tries in three Tests courtesy of a brace against Australia.

Wasps are a much better side than any of Saints, Warriors and Bath and a number of players have returned from the sidelines but their tactics are based far more on utilising their electric attack than maintaining solid defensive structures.

In the Pro14, back Edinburgh to edge out Ulster for a second time in five rounds.

Edinburgh won 17-16 in Belfast in February and a run of six straight league wins has seen them overtake the visitors to Murrayfield in the race for the third Conference B playoff spot.

Edinburgh now look comfortable playing at both Murrayfield and  Myreside - they have beaten big guns Munster, Leinster and Glasgow at these venues - and there was not too much wrong with last Saturday's home European Challenge Cup quarter-final reverse against in-form Cardiff.

Ulster, who are well rested, have returning stars including Rory Best and know they are effectively in last-chance saloon but they have proved largely disappointing on the road.

Take Ospreys full-back Dan Evans to score an 11th try of the season against Connacht at the Liberty Stadium.

After a terrible start to the campaign, Ospreys have got themselves back in the battle for a European Champions Cup place next season and Evans bagged a brace in their 32-18 home win over Leinster a fortnight ago.

Connacht need to pick themselves up from Saturday's Challenge Cup last-eight loss at home to Gloucester and have lost three of their four league outings since beating Ospreys in Galway.

*this article was revised after Denny Solomona's suspension on Friday morning