Back ruthless QPR to maintain their home superiority 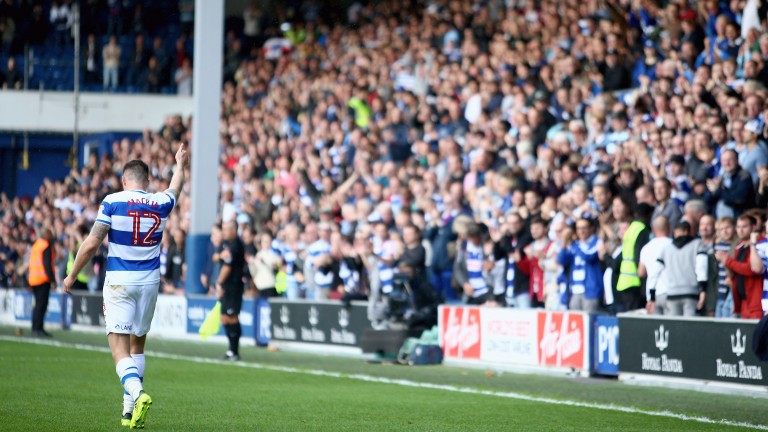 QPR v Millwall
QPR have a spring in their step at Loftus Road. They have won all three of their Sky Bet Championship matches there this term, and the ruthless Hoops should maintain their 100 per cent home record with victory over Millwall.

A playoff bid may prove beyond the hosts given their patchy record on the road but Ian Holloway’s troops can mix it with the division’s best on their own patch and the Lions are in for a tough time.

QPR have outclassed Reading (2-0), Hull (2-1) and Ipswich (2-1) in the capital, dominating the stats on each occasion, while Millwall are struggling to adapt to life in the Championship following last year’s promotion.

Neil Harris’ men have yet to score from three away games this term – they registered just two shots on target in Saturday’s 1-0 defeat at Wolves – and opposing defences are finding it routine to cope with the physical presence provided by Steve Morrison and Lee Gregory.

The suspension of winger Aidan O’Brien eliminates plenty of their attacking quality and if the Hoops can cope with the quick turnaround they should make it four straight home wins.

Millwall ultimately lack the firepower to cause an upset at Loftus Road but they can be resilient and the best bet could be to take QPR with the draw no bet.

Wolves v Bristol City
Sky Bet Championship high-flyers Wolves have lofty ambitions under the tactically astute Nuno Santo and should have too much attacking quality for Bristol City.

Wolves kicked off the campaign as big as 13-1 for the title but a fast start – which has seen them win four of their opening six games – has moved them to the head of the market.

The Robins recorded a hard-fought 1-0 win at Reading on Saturday but they rode their luck at times – they lost the shot count 15-7 and had just 39 per cent possession – and title-chasing Wolves may not be so generous.

City are improving under Lee Johnson but they were held at winless Brentford, conceding twice to a side who have notched only five goals in their six games this term, and defeated on a trip to struggling Birmingham.

Rovers’ three home games this term have featured 12 goals, while the net has bulged ten times in Oldham’s three away matches, and attack may be the best form of defence in Gloucestershire.

The Latics have picked up just one point from their opening six games but only Walsall from the bottom 12 have scored more than them this term and Craig Davies and Eoin Doyle can cause the fragile hosts plenty of problems.

Rovers may find a way to win but they are yet to keep a league clean sheet this term and that wait may continue.

The Imps finished 13 points ahead of Forest Green last term – they won both league meetings – and the pair look set for very different campaigns.

Lincoln have recorded successive away wins at Mansfield (3-1) and Stevenage (2-1), while labouring Rovers have conceded at least twice in all six of their league games.