Back Neuville to take the fight to Ogier 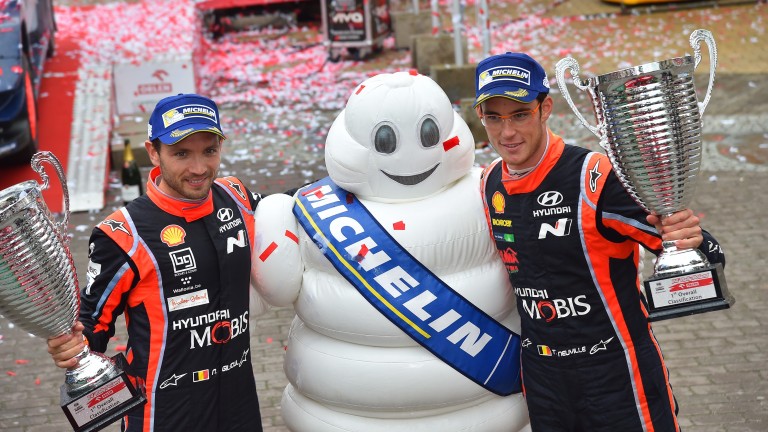 Thierry Neuville has closed to within 11 points of Sebastien Ogier at the top of the standings, and he can take the championship lead by winning this week's Rally Finland.

The Belgian crashed out of big leads in the first two events of the season, but has collected three wins including last time out in Poland.

Neuville has competed in the challenging high-speed Finnish event five times and finished in the top four in three of those.

Ott Tanak endured a host of misfortunes in last year's Rally Finland and the young Estonian is favourite to make amends this week.

Ogier's Ford teammate scored his maiden WRC win in Italy two events ago, and looks set for a strong run.

Three-time Finland winner Jari-Matti Latvala has had a solid season, but he may need a little luck if he is to gain a second win of the year for Toyota.

Last year's winner Kris Meeke was stood down by his team in Poland after a string of crashes, and can't be trusted in his current form despite tempting odds.