Leeds can stop rot with narrow win over Wakefield

Salford could be crushed by Castleford 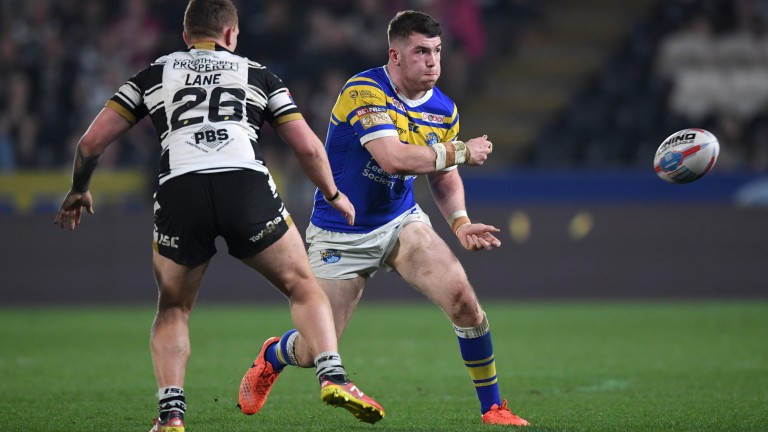 Kevin Sinfield captained Leeds to seven Grand Final triumphs but the new Rhinos director of rugby’s immediate priority is to steer his side away from the Betfred Super League’s bottom four as he prepares for his first home game in charge against Wakefield.

The Leeds legend will be under no illusions as to the size of his task having watched his new charges demolished by Castleford last weekend.

That 42-10 hammering extended the champions' worst ever sequence of Super League losses to eight consecutive games, so there’s unlikely to be a queue of punters looking to avail themselves of the 1-2 on offer about a Rhinos win.

Trinity’s own position in the top eight is by no means secure after a mini-wobble of three losses in four games and their away form gives cause for concern.

Wakey have won just one of their last eight road trips and are without half-back Liam Finn due to concussion.

A tense night is in prospect and any sort of win will do for either side.

Backing the hosts to get home narrowly looks the way to go with the clue in the Rhinos' victories in 2018. Leeds have won eight league and cup matches against Super League sides this year and seven of those have come by a single-digit margin. so the 2-1 against a home win by 12 points or fewer looks a decent punt.

Things are likely to be much more one-sided at the AJ Bell Stadium where injury-ravaged Salford take on Castleford.

The Red Devils are doomed to a bottom-four finish and have lost eight of their last nine games.

They could be torn apart by the Tigers if Cas are in the same mood as they were in the second half against Leeds last week when they posted 26 points.

A Castleford win would strengthen their hold on a top-four spot and heap pressure on fifth-placed Hull, who are dropping off the pace.

The Black & Whites are still missing a number of key men including Marc Sneyd and Jamie Shaul as they face table-topping St Helens at the KCom Stadium.

However, Lee Radford’s men rattled the Saints' cage last month in the Ladbrokes Challenge Cup before going down 25-22 and look worth chancing with an eight-point start.

The league leaders appear to have lost some of their early-season fluency and Hull have lost only once at home all year, 14-10 to Wigan.