Back Latics to win battle of second-tier strugglers 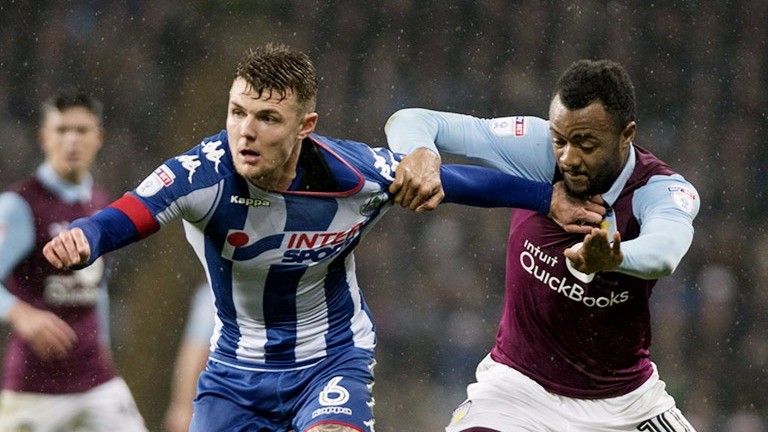 Burton v Wigan
Wigan’s winless December has given them a mountain to climb in the Sky Bet Championship survival battle but they can triumph in a crucial match at fellow strugglers Burton.

Both teams are bidding to avoid an immediate return to the third tier but a lowly league position at this stage will not have come as a great surprise to fourth-bottom Burton, who are the smallest club in the division.

However, Burton’s recent run of six defeats in seven has come as a disappointment to manager Nigel Clough, who has been busy trying to add more Championship experience to his squad.

Midfielder Luke Murphy and striker Luke Varney have joined from Leeds – on loan – and Ipswich but Varney faces a spell on the sidelines after suffering a rib injury during last Saturday’s 2-0 FA Cup loss at Watford.

Varney’s absence is a blow as he is capable of holding the ball up and bringing Burton’s pacy wide forwards, Jamie Ward and Lukas Akins, into the game.

Albion have struggled in attack but their 26-goal league tally is six more than Wigan, who are the lowest scorers in the section.

However, there is light at the end of the tunnel for the Latics after two of their better forwards – Will Grigg and Yanic Wildschut – got on the scoresheet in last Saturday’s 2-0 cup victory at home to Nottingham Forest.

Wigan would have preferred three points over passage to the FA Cup fourth round but showed they can dominate against one of the teams around them and a similar performance can deliver the spoils against the Brewers.

League One strugglers Coventry are on their third manager of the season but current boss Russell Slade looks an astute choice and can lead them to an important victory at Chesterfield.

Slade appears to be a glutton for punishment – moving on from an unhappy spell at Charlton to picking up the reins at Coventry.

It would be hard for Slade to select two more difficult jobs in League One but both are big clubs with potential if the tide can be turned on and off the pitch.

He lost his job at Charlton due to unrealistic expectations but the immediate brief at Coventry is to keep them up and it looks a task he is capable of achieving.

Coventry’s main problem on the pitch is a soft defence and Slade has taken swift action by drafting in centre-back Nathan Clarke and right back Kevin Foley.

Clarke made his Sky Blues’ debut in an encouraging 2-2 draw at home to Bolton 12 days ago while Foley could make his debut.

Experience has been added to the attack with Stuart Beavon joining from Burton and a more streetwise squad should be better prepared for a relegation battle.

Third-bottom Chesterfield – one point above Coventry having played one game more – are in a similar position and are under the caretaker stewardship of Ritchie Humphreys after Danny Wilson was dismissed last Sunday.

The Spireites are on an awful run – failing to score in any of their last four games – and lost captain Gary Liddle when the 30-year-old agreed a switch to Carlisle. They look ideal opponents for Coventry to continue their mini-revival.

It is often a sign a weakness when a club is very busy in the January transfer window and punters should expect a new-look Newport side to struggle at home to promotion-chasing Colchester in Sky Bet League Two.

Newport manager Graham Westley has been desperately trying to shake up his squad and has added seven players this year.

However, the basement boys continue to struggle and last Saturday’s loss at Stevenage was their seventh successive defeat.

Colchester are going in the opposite direction with five successive wins lifting them to sixth place. They look in good shape to secure at least a playoff place and are arguably the last team Newport would have wanted to face.

Off-field matters may improve for Notts County after this week’s takeover by local businessman Alan Hardy but the club’s new manager Kevin Nolan has inherited a struggling squad and may discover the size of his task against local rivals Mansfield.

County have lost ten league games in a row, including heavy losses at Cambridge (4-0) and Morecambe (4-1) in their most recent outings.

The players will be highly-motivated to impress the new manager and a derby crowd but simply haven’t been good enough for most of the season and may struggle against the playoff-chasing Stags, who are targeting a third successive victory.