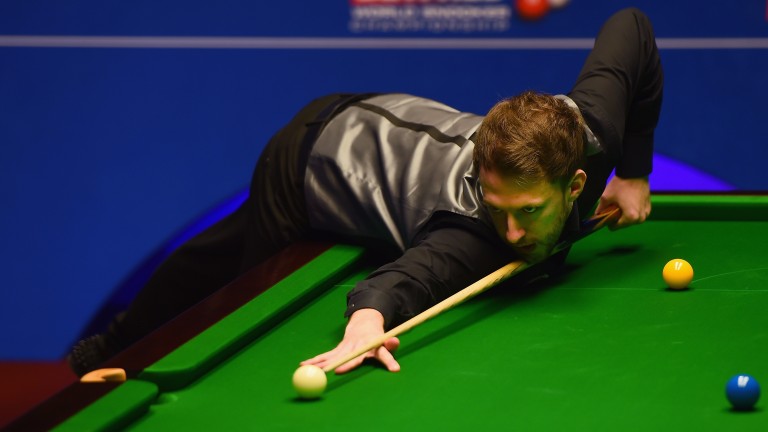 Judd Trump in action during his match against Ding Junhui during the World Championship
Laurence Griffiths
1 of 1
By Adrian Humphries 7:59PM, MAR 9 2017

Judd Trump can be backed to reach Sunday’s final with a victory over Ladbrokes Players Champ­ion­ship rival Ali Carter in the first of the Llandudno semi-finals.

Trump is playing arguably as well as he has ever done and many luminaries, two-time Crucible winner Mark Williams for example, believe it’s the Bristol­ian’s turn to win the Betfred World Championship this year.

Bookmakers expect Ding Junhui to see off German Masters hero Anthony Hamilton in the last of the four quarter-finals.