Back improving Accrington to pick up where they left off 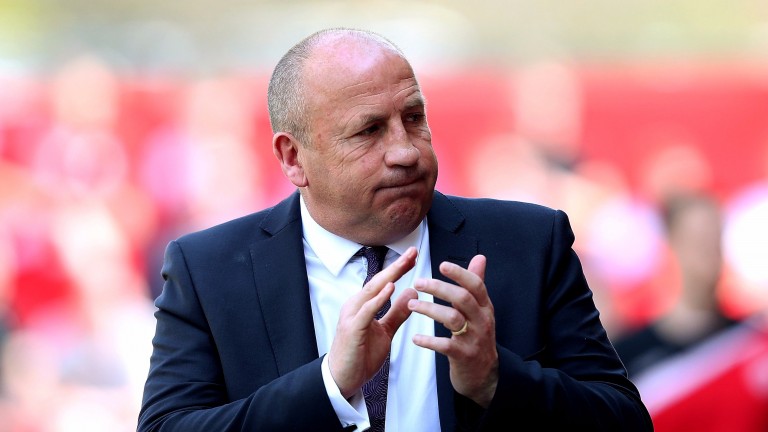 Accrington v Colchester
It has been a long couple of months for domestic football punters kicking their heels waiting for proper coupons to return, but finally football is back and Accrington could be the best place to start for those looking to make a winning start to the campaign.

Only Sky Bet League Two champions Portsmouth accumulated more points than Accy in the second half of last season with John Coleman's men collecting 41 in the final 23 matches, although Stanley fell short of the playoffs because of a depressing start.

One of those 11 victories in the second half of 2016-17 came with ten men at home to Colchester as they completed a double over the Essex side and at odds-against Accrington look a fair bet to repeat that success.

Accrington's slow start to last season was to be expected as they lost so many key men over the summer, while Coleman also felt the cup runs which took them to Premier League grounds at West Ham and Middlesbrough got in the way.

There are no such problems this term. Shay McCartan departed to Bradford but there will always be a few changes at this level anyway and top goalscorer Billy Kee remains on board. Kee grabbed a hat-trick in last week's 5-0 friendly win against Southport.

Colchester may have issues with goals on their long trek north despite scoring a respectable 67 last season.

A whopping 40 of those will be missing at Accrington after 16-goal leading hitman Chris Porter left for Crewe and 12-goal pair Brennan Dickenson and Kurtis Guthrie are both injured.

Shrewsbury v Northampton
A surprise summer cash boost for Northampton from Chinese investors makes the new-look Cobblers an intriguing proposition on the opening day and they are worth following at Shrewsbury.

There should be no doubt that Salop boss Paul Hurst has done a fine job at the New Meadow, but still stayed up by only two points and that makes Shrewsbury vulnerable favourites.

Troyes v Rennes
It is also the start of the French season and newly-promoted Troyes could be out of their depth in Ligue 1 having sneaked up via a playoff last season.

Troyes collected just 18 points the last time they were in the top flight in 2015-16 and even Ligue 2 was a struggle at times last term winning the shot count on only 13 occasions.

Rennes, ninth last season, set a fair standard and have shown ambition in the transfer market with an outlay of just under £30m spent. Nearly half of that was spent on left winger Ismaila Sarr, who reportedly turned down Barcelona to sign for Rennes.

Banker
Luton 4-6
The Hatters had the second-best defence in League Two last season and have since the added the goals of James Collins which should be enough to see off Yeovil.

Blowout
Portsmouth Evs
Champions Pompey should be competitive at this level but look a little short to beat steady Rochdale. Nathan Thompson and Matt Clarke are also sidelined for the hosts.

Bet on the opening weekend's matches at Soccerbase.com

Of course in the real world £200m for Neymar is an obscene amount of money but football is not the real world and given Paris St-Germain had the money to spend it feels like a better deal for the French club than Barcelona.

There is nobody in the market Barca can buy who is as good as Neymar, who is an elite player and at the age of 25 should be at the peak of his powers.

We live in a world where Kyle Walker and Gylfi Sigurdsson are rated at £50m, so four times that for Neymar is fair enough for a cash-rich club.

Neymar has scored 59 La Liga goals in three seasons and 21 goals in 40 Champions League appearances, while for Brazil he has scored 52 times in 77 internationals. Only Lionel Messi and Cristiano Ronaldo sit above him in the world pecking order.

Money will have obviously played a part in the move but Barcelona's claims of foul play don't sit well at all.

Barca have bullied and used every trick in the book to sign players from rival clubs previously, including when they captured Neymar in the first place, so nobody should feel sorry for them.