Back Bezuidenhout to make the most of course advantage 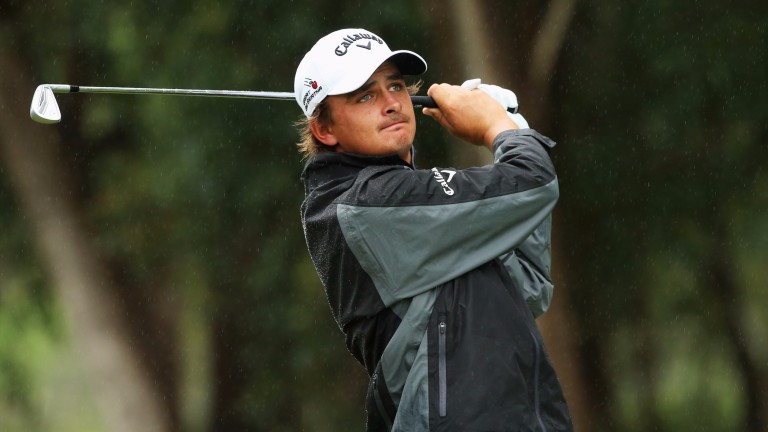 South Africa's Christiaan Bezuidenhout can make the most of home advantage
Andrew Redington
1 of 1
By Steve Palmer 8:08PM, JAN 11 2017

World number two Rory McIlroy and defending champion Brandon Stone are in the same threeball for the first two rounds of the BMW SA Open, teeing off at 5.10am UK and Ireland time on Thursday at Glendower Golf Club.

George Coetzee joins McIlroy and Stone in the marquee match, with live coverage on Sky Sports from 8am, and Stone is the recommendation for early-bird punters.

The best bet from the second set of threeballs is Christiaan Bezuidenhout to beat Jaco Ahlers and Peter Uihlein in the 10.30am contest.

Bezuidenhout was the number one amateur in South Africa before getting chucked off the circuit for nine months for using a banned drug which was helping his speech impediment.

Still only 22, he has been making up for lost time, claiming his maiden Sunshine Tour title in October.

Bezuidenhout won at Glendower in 2015 on the Big Easy Tour and was runner-up on the same track in last year's SA Open. Expect a fast start this week on a course this classy youngster knows extremely well.