Back Baggies to trouser three points against United 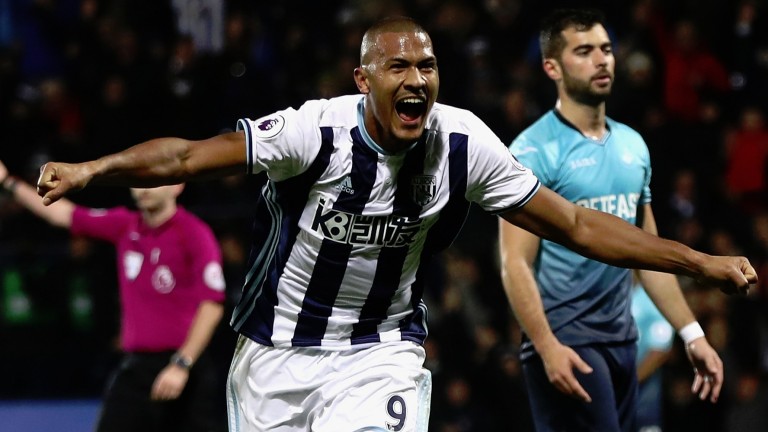 West Brom are making progress in their second full season under Tony Pulis and can claim their biggest scalp of the campaign by beating Manchester United.

The difference between sixth-placed United and their hosts is just four points but the markets have a clear preference for the Red Devils.

United are growing in confidence after recording successive league wins for the first time since August and are starting to put pressure on the teams above them.

However, they are nowhere near the finished article and will not strike fear into improving West Brom.

Pulis’s side climbed to seventh after sweeping aside Swansea 3-1 on Wednesday – their third successive home victory – and are doing as well as can be hoped for a club of their size.

While Albion could be said to be winning their mini-league (excluding the six title-chasing clubs), United are performing at the lower end of expectations.

Wins at home to Tottenham (1-0) and away to Crystal Palace (2-1) have just about kept them in the hunt for a top-four finish but neither performance was entirely convincing.

A moment of inspiration from Henrikh Mkhitaryan delivered the points in a poor match against Spurs but the Armenian, by far United’s best attacking player on the day, is ruled out until after Christmas.

They played on the front foot more often against Palace but it took an 88th-minute strike from Ibrahimovic to seal the points against a disjointed Eagles side missing influential attacking midfielder Jason Puncheon.

A tougher task awaits United at the Hawthorns as West Brom are well organised at the back and are playing as well in attack as at any stage of the campaign.

Salomon Rondon was Albion’s hat-trick hero against Swansea with three headed goals and Chris Brunt supplied him with a couple of delicious crosses for the second and third goals.

Brunt had moved to left-back in the absence of Jonny Evans (injury) and Craig Dawson (suspension) and the positional change added a new dimension to West Brom’s attacking play.

With pacy Matt Phillips and Brunt combining down the left, Albion looked far more dangerous and there must be a temptation for Pulis to stick with that combination despite the availability of Dawson.

Creating chances against Manchester United will not be as easy but Jose Mourinho’s defence is far from watertight with
Chris Smalling sidelined and Eric Bailly doubtful.

Phil Jones has impressed at the back but Marcos Rojo looks an accident waiting to happen.

The Argentinian could have been red-carded for dangerous two-footed lunges in two of United’s last three games and Pulis will surely instruct pacy duo Phillips and Nacer Chadli to run at him at every opportunity.

Albion have had a weakness against the big teams this season, taking one point from a possible 12 against clubs in the top six, but they can compete against United and look tasty 3-1 shots in the draw-no-bet market.

Manchester United
Right-back Antonio Valencia returns from suspension but midfielder Henrikh Mkhitaryan (ankle) is out for the visitors and Eric Bailly (knee) is a doubt.