Back Atletico to avenge Villarreal defeat 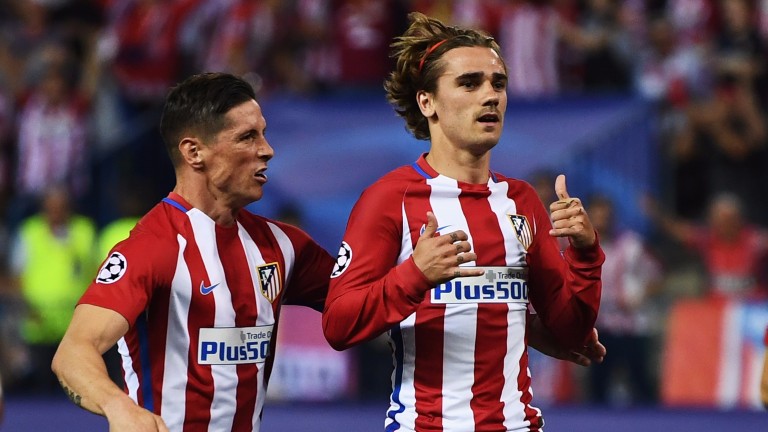 Gijon conceded a last-minute goal in the 3-2 defeat to Real Madrid in their last game on their own patch and their defensive vulnerability could cost them against an Espanyol side who have won 12 of 16 matches against teams in the bottom half.

Key stat
Sporting Gijon have picked up just six points from a possible 51 against top-half teams this season.

Granada v Malaga Sky Sports red button, 7.30pm Tuesday
The last three matches between Andalucian rivals Granada and Malaga have ended in draws and a stalemate is on the cards when they meet at Los Carmenes.

Solitary points aren't going to be good enough for new Granada boss Tony Adams, but he'll probably be happy to stop the bleeding after a pair of losses in his first two matches in charge.

They actually played okay at Seville last Friday before signing off for a 2-0 loss, yet nobody who follows the club can quite understand what Adams is doing there.

That ought to be a situation which Malaga can exploit, especially since their recent management switch has worked wonders. They too were also in real trouble a month ago so booted out Marcelo Romero, replacing him with Michel.

Three wins and a draw under the new man have seen the club rise to safety on the back of a major defensive improvement which has seen them keep four clean sheets in six.

One of those sides who couldn't break them down was, of course, Barcelona so you'd imagine there is little hope for Granada's popgun attack.

Adams has been reliant up front on Ezequiel Ponce – one goal since August – and Artem Kravets – one goal since Christmas – while Adrian Ramos nurses an injury, so it's little wonder they've picked up only one point from their last eight matches.

Malaga, anchored by the impressive Ignacio Camacho in midfield, have drawn a La Liga-high seven away games this term and are all but safe.

Atletico Madrid v Villarreal Sky Sports 3, 8.30pm Tuesday
Atletico Madrid's Champions League semi-final against rivals Real is clearly the focus for Diego Simeone and his players but they are unlikely to let their standards drop in La Liga.

Atletico's 1-0 win at Espanyol on Saturday made it seven victories in eight league games, with the only dropped points coming in a 1-1 draw at the Bernabeu, and they should be backed to avenge December's shock 3-0 defeat at Villarreal.