Azzurri may be coming of age at just the right time

Nicky Bandini says there is cautious optimism in the Italian camp 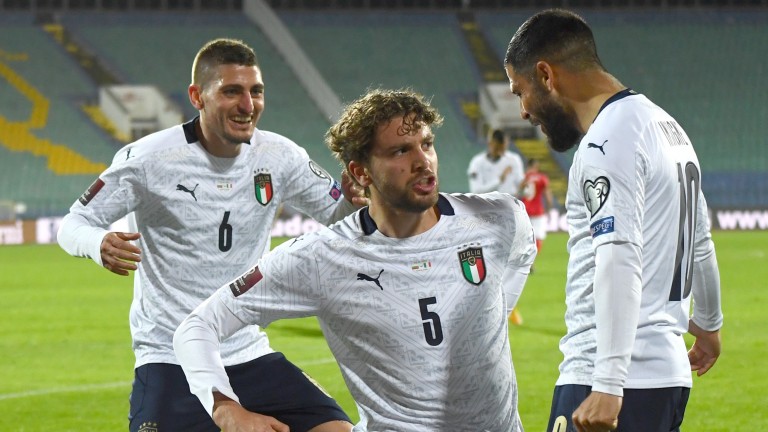 Italy failed to qualify for the 2018 World Cup but there is a quiet confidence about their chances going into Euro 2020.

They're not being talked about as one of the favourites and most people in Italy seem happy that they can fly under the radar.

I'm quite superstitious so I don't want to be too positive in case I jinx it but I definitely think they are underrated in the betting.

There was a long tail to the generation who won the 2006 World Cup so it felt like the right moment for rejuvenation when Roberto Mancini took charge in 2018.

Players like Gianluigi Donnarumma and Marco Verratti were thrown into the national team very early and expected to be ready-made replacements for Gianluigi Buffon or Andrea Pirlo.

Of course, they needed time to develop and Italy are now starting to benefit from their experience. Lorenzo Insigne, for example, was always abundantly talented but has stepped up a level in the last year or so. The same goes for Federico Chiesa since he joined Juventus.

It's taken some time but finally Italy have a generation of players ready to compete, as proved by their results under Mancini.

They won all ten of their Euro 2020 qualifiers, a unique achievement in the national team's long history, and followed up with three victories and three clean sheets in March's World Cup qualifiers.

Beating teams such as France, Germany or England is a different proposition and it is a change from the usual narrative in which Italy arrive at a tournament not looking great and start slowly in the group stage before going through the gears.

Playing Group A rivals Turkey, Switzerland and Wales in Rome should be a significant advantage. Nothing in the group looks much tougher than the opponents Italy have been beating in qualifying and it wouldn't be a huge surprise if they won all three games.

The strongest area of the squad is the midfield where Mancini has so many options even though Verratti is doubtful with a knee injury.

Jorginho and Inter's Nicolo Barella will probably start but it will be interesting to see who the third man is. Manuel Locatelli, linked with Manchester City, had a great season for Sassuolo, who are all about quick passes and one-touch football, and Roma's Lorenzo Pellegrini is another classy player.

Italy's weakness is probably up front. Strikers Ciro Immobile and Andrea Belotti have great club records but there is little confidence that they can score goals against top international teams and Mancini could even choose to play without a traditional number nine.

There is a tendency in international tournaments to focus on the teams with the biggest stars instead of those, like Italy, who have real cohesion in the group.

Their position in the betting seems odd as they have basically done nothing but win under Mancini, although this tournament could throw up some strange results as there will be so many tired players after an arduous club season.

If Italy reach the quarter-finals it will be perfectly acceptable and if they get beyond that, people will be pretty pleased.

I actually think the tournament is set up for England to win. Ignore the usual media hype, take a step back and look at their squad. With players like Mason Mount, Jack Grealish and Phil Foden, they have a really good chance.

And Belgium will be boosted by Romelu Lukaku's great season at Inter. He comes into the tournament on such a high after winning Serie A and he should have a big impact.