Veteran Tsonga may be made to work by young Aussie hope 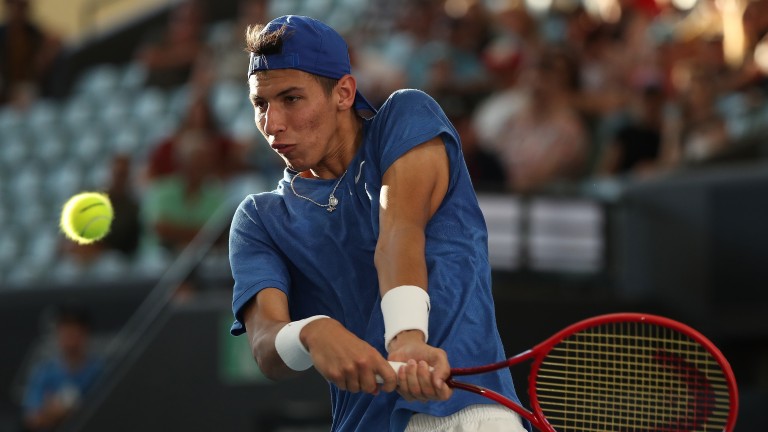 Novak Djokovic and Roger Federer top the men’s bill on day one of the Australian Open and both players should progress with few problems.

Djokovic opens against Jan-Lennard Struff and the German will battle for all he is worth. But even that may not see him get near the Serbian second seed, who is playing at his favourite major.

Federer, seeded third at Melbourne Park, meets Steve Johnson and while the Australian could make the Swiss veteran pull out the stops, the six-time champion should progress with something in hand.

Value-wise, however, it could pay to look at some slightly lower-profile clashes.

Jo-Wilfried Tsonga reached his only major final at Melbourne Park in 2008, but the seasoned Frenchman could have his work cut out against exciting Australian Alexei Popyrin.

Sydneysider Popyrin, who is just 20, already has a fine CV thanks to some impressive performances against a number of top players.
And there is every reason to think that Popyrin can go from strength to strength.

It’s actually something of a surprise that Popyrin is not ranked higher. There doesn’t appear any obvious reason why he won’t continue to bloom, so maybe 2020 will be the year he nails a top-50 berth.

While Tsonga is pretty much loved universally, Popyrin will have the lion’s share of crowd support behind him and has a big opportunity to make a name for himself.

Punters can consider backing the outsider to post an upset, but Popyrin also looks a good bet at evens to win at least two sets.

Andreas Seppi has been a fine servant to Italian tennis but the veteran must surely be winding down in his career.

There could be a final Indian summer for Seppi, but the chances are that this won’t be the year for that and so this looks a big chance for promising young Serb Miomir Kecmanovic to put down a marker in Victoria.

The physically strong Kecmanovic looks a seriously useful performer and he should continue to grow to become a fine team player for his country too.

Seppi may do well to win a set in this one, so the bet looks to be to back the favourite to win before his opponent claims two sets.

Not that Edmund did much of note last year, because 2019 was generally disappointing for the Yorkshireman.

But if Edmund, a potential major champion at his best, is performing better on court this year and on the way back to somewhere near his peak, then this is a winnable assignment against an opponent he leads 3-0 in their personal series.