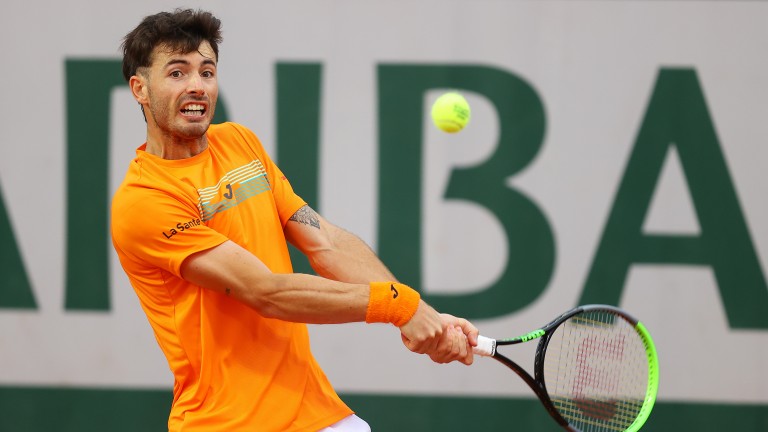 Juan Ignacio Londero was a late starter in the professional ranks and should have many more miles left on the clock
Julian Finney
1 of 1
By Adrian Humphries 4:44PM, FEB 6 2021

Free tips, best bets and analysis for the Australian Open opening-day matches, which start in Melbourne on Sunday at midnight.

Those players in the top half of the men's singles draw get to strut their stuff on the opening day of the year's first Grand Slam, but it often pays to be cautious in early rounds of the majors and punters should tread carefully.

There could, however, be an opening in the all-Argentine clash between Federico Delbonis and Juan Ignacio Londero. The oddsmakers can barely split the pair and that may be because Delbonis has been slightly more active in the opening weeks of the new season.

But Delbonis, a terrific servant to his country in Davis Cup in the past, is now 30-years-old and his best days may be behind him. Meanwhile, 27-year-old late starter Londero, whose pro career took off only in the last couple of years, may still have better days ahead of him and can take the honours in their first hard-court rumble.

Frances Tiafoe would have been a fairly strong fancy to dismiss Stefano Travaglia, but the Italian made the final of the Great Ocean Road prep event in Melbourne and could put up more of a fight against the American than was originally anticipated.

In the women's action, underrated Slovak Anna Schmiedlova, who could one day go close to winning a Slam singles title, is fancied at odds-on to make light of fellow lucky loser Mayo Hibi.