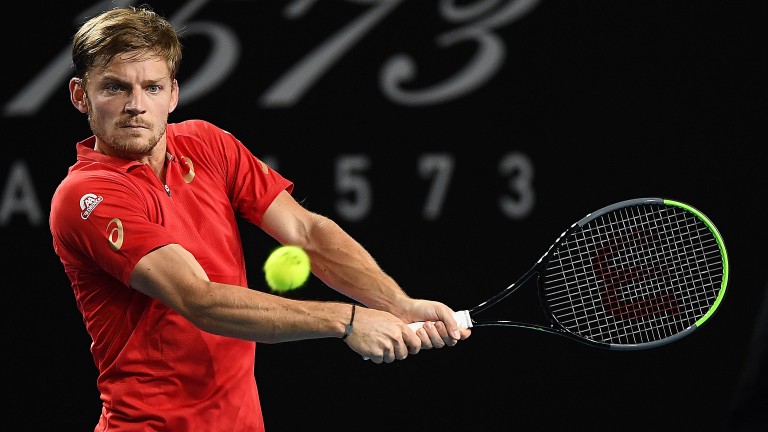 Rafael Nadal faces his compatriot Pablo Carreno Busta with a place in the fourth round of the Australian Open up for grabs and it’s hard to see the 19-time Grand Slam champion being beaten.

The Majorcan boasts a 4-0 record over his Asturian opponent and odds of 1-20 are a fair reflection of Nadal’s chance of victory.

World number four Daniil Medvedev should prove too strong for talented home hope Alexei Popyrin but Taylor Fritz, inspired by a five-set comeback against Kevin Anderson in round two, could cause problems for Dominic Thiem.

In the women’s draw, Wimbledon champion Simona Halep is a solid favourite against combustible Kazakh Yulia Putintseva while Karolina Pliskova’s 6-0 head-to-head record points to the Czech easing to victory against Anastasia Pavlyuchenkova.

Andrey Rublev arrived in Melbourne brimming with confidence after back-to-back title wins in Qatar and Adelaide and the rising Russian star deserves to be favourite when he takes on David Goffin.

Rublev has suffered with injuries but the 22-year-old is now operating at the peak of his powers and looks capable of at least cracking the top ten this season.

But Goffin has already reached those heights and is still one of the ATP’s most dogged battlers.

Rublev ran out a fine 3-0 winner in their only previous meeting at the 2017 US Open, but the first two sets were competitive and the Belgian, who beat Nadal and Grigor Dimitrov at the ATP Cup earlier this month, should not be written off. Expect this contest to be tighter than their Flushing Meadows clash.

Belinda Bencic reached the semi-finals of the US Open last season and the Swiss, who could go far from this draw, is likely to prove too strong for Anett Kontaveit.

Bencic has taken time to get going in 2020, losing first up in Shenzhen and exiting at the quarter-final stage in Adelaide, but she has looked in fine form in Melbourne wins over Anna Karolina Schmiedlova and Jelena Ostapenko.

Kontaveit is not without a chance but she tends to come up short against top players and Bencic, ranked seventh in the WTA, is firmly in that bracket.

Donna Vekic has swatted aside Maria Sharapova and Alize Cornet in Australia but could meet her match in Polish teenager Iga Swiatek.

The 18-year-old Varsovian put an early end to her breakthrough season after the US Open but has looked sharp since returning from injury, picking up easy wins over Timea Babos and Carla Suarez Navarro.

Vekic represents a step up in grade but the younger player arguably possesses more potential and should be backed to seal a fourth-round spot.

Cici Bellis’s potential looked at risk of never being realised following a succession of wrist problems but the American, who was not sighted on court for 18 months, is making up for lost time.

Bellis, still only 20, has dropped just ten games in wins over Tatjana Maria and Karolina Muchova and could spring an upset against Elise Mertens, who she beat comfortably in 2018 in Dubai.