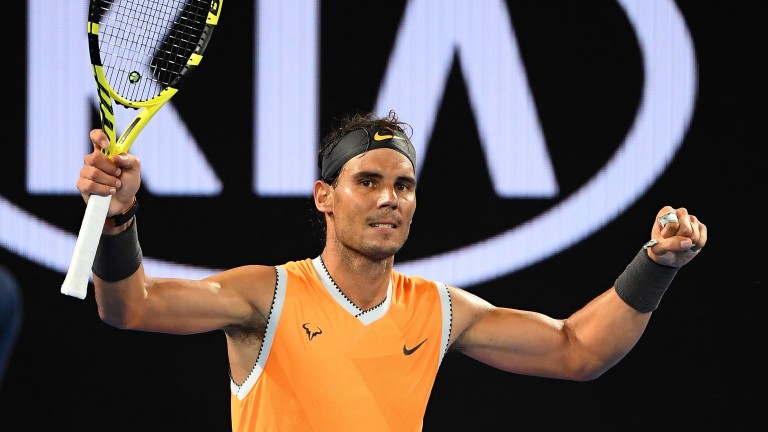 Berdych v Nadal
Rafael Nadal has the bit between his teeth once again, but while the Spaniard has been making light work of his opponents in Melbourne it could be a different story against Tomas Berdych.

Czech ace Berdych is one of the best players never to have won a major, but after injury woes last year saw him drop in the rankings it's possible that the 2019 model is a bit steelier.

Berdych has never been one to rely on heavily, but he reached the semi-finals of the Aussie Open in 2014 and 2015 and with a tad more application could improve on that record, even aged 33.

Berdych, who found only Roberto Bautista Agut too good in Doha earlier this month, will be feeling fresher than most of his adversaries in Melbourne and can be backed with a start of 6.5 games, to win at least a set, and even to upset the second seed.

Tiafoe v Dimitrov
Frances Tiafoe started the season disappointingly in the Hopman Cup, but the American has returned to form well in the Australian Open and he could have the measure of Grigor Dimitrov.

Tiafoe, who captured his first main-tour title in Delray Beach last season, may have been overawed by the prospect of partnering Serena Williams in the Perth team event a few weeks ago.

Whatever the case, Tiafoe has not dwelt on his Hopman Cup travails and has since seen off Indian Open champion Kevin Anderson, who was seeded fifth at Melbourne Park, and Sydney Inter­national finalist Andreas Seppi in Victoria.

Tiafoe is a promising performer whose game has few weaknesses and that could be ominous for Dimitrov. The Bulgarian is playing well and is often a force in the Australian Open prep events in Brisbane and Sydney.

But while the oddsmakers reckon he's the likelier winner in this match, Dimitrov still looks overrated on the biggest stages of all and he can be opposed.

The 20th seed needed four sets to account for seasoned duo Janko Tipsarevic and Pablo Cuevas and had little to do to defeat Thomas Fabbiano in round three.

Tiafoe could prove much more of a handful for Dimitrov and the chance to back the outsider at a value price can be taken, while supporting Tiafoe with a hefty start of 5.5 games should not be missed.

Collins v Kerber
Angelique Kerber is no stranger to hammering opponents, but the 2016 Australian Open champion may have to toil harder than many believe against Danielle Collins.

American battler Collins has dropped only one set in the tourna­ment, in her opener against Julia Goerges.

Kerber is adept at reeling off long runs of consecutive game triumphs in matches but the outsider, who beat Caroline Garcia 6-3 6-2 in the last 32, could keep tabs on the German second seed.