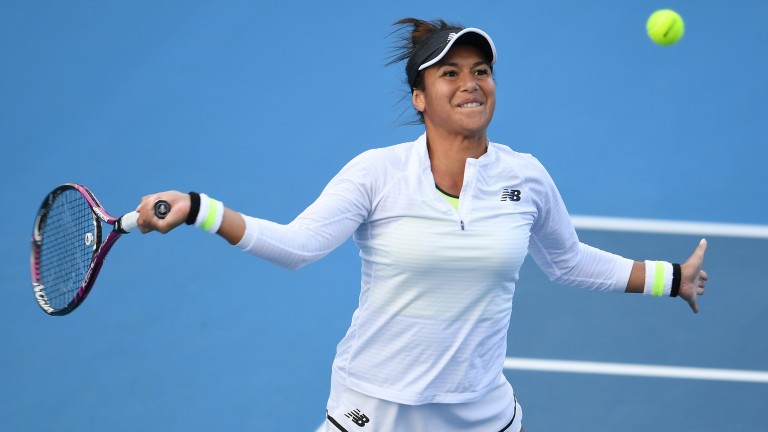 Britain's Heather Watson could be back to somewhere near her best after a quiet couple of years
Steve Bell
1 of 1
By Adrian Humphries UPDATED 5:45PM, JAN 20 2020

Rafael Nadal begins his attempt to draw level with great rival Roger Federer on 20 major singles titles with a clash against Hugo Dellien on day two of the Australian Open.

The outing should hold no fears for the world number one and Nadal can pretty much take the clash as seriously as he wants to with Bolivian Dellien not expected to have any weapons which could trouble the Spaniard.

Nadal is asked to concede 11.5 games on the handicap, so bookmakers are anticipating a quick cull.

However, in terms of value there are other matches which offer better options, including an interest on a resurgent Briton to start the tournament on the front foot.

Heather Watson and Kristyna Pliskova are on the up – the Czech slow-burner is forever making strides – but after a couple of seasons of toil the Guernsey native is back performing at a better level.

Pliskova is not opposed easily and she could continue to make up ground on her successful twin sister Karolina.

However, while Watson would have struggled in this match-up in recent times, the 27-year-old's run to the semi-finals in Hobart, where she defeated Elise Mertens in the last eight, offered a good deal of promise for the future.

Pliskova lost to Lizette Cabrera in the Tasmania event and could need to find better.

Pedro Martinez's game looked in good order in the qualifiers, but while the Spaniard looks a promising sort he may have some way to go to threaten useful Dominik Koepfer in an event of this magnitude.

Koepfer, 25, has not hit the headlines for a while but the last time the German did was in the US Open, which is a sign that he places importance in the Grand Slams.

He ousted Jaume Munar, Reilly Opelka and Nikoloz Basilashvilii in New York before losing in four sets to Daniil Medvedev and a similar effort should see him defeat Martinez with room to spare.

Taylor Fritz was not at his best in the ATP Cup this month, but the American should be sharper against qualifier Tallon Griekspoor.

Fritz, despite possessing huge potential, is still struggling to achieve greater consistency, although he should continue to make strides this season.

Dutchman Griekspoor is no stranger to tiebreak sets but Californian Fritz is ranked 32nd and is worth backing at odds-against to triumph in straight sets.